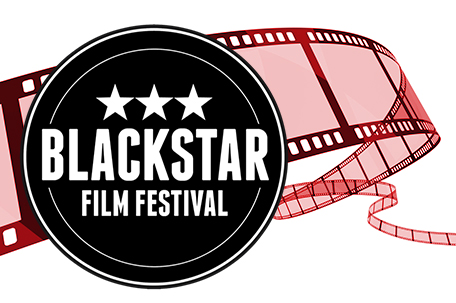 Philly’s own BlackStar Film Festival officially kicks off Thursday, August 4 through Sunday, August 7, with a strong slate of films and events for the 2016 edition. Now celebrating its fifth anniversary, the pre-eminent showcase of independent black cinema includes 64 films from five continents, representing this year’s theme of “Migration.” The film explores pathways of the African diaspora (and others) through the lens of both emerging and established filmmakers.

Passes and tickets– as well as more information on the festival and its programs– can be found at blackstarfest.org.

Yesterday, I shared a wonderful pre-festival conversation with Haile Gerima which you can watch online at Shadowandact.com if you missed it. Lots to chew on, so set aside appropriate time to listen and digest it all.

More coverage to come. In the meantime, 2016 festival highlights include:

— The Richard Nichols Luminary award presented to Julie Dash (“Daughters of the Dust”).

— Two feature films, “Dreamstates” and “9 Lives,” that were shot entirely on iPhones.

— “Shooting a Feature on an iPhone” – A Conversation

— “Tell Me Sweet Something,” the opening night feature by Akin Omotoso, a romantic comedy set in Johannesburg, South Africa.

— “Univitellin,” a new short narrative film by Terence Nance, about a modern day Romeo and Juliet who meet on a city bus.

— “Nana Dijo,” a short documentary by Bocafloja and Cambiowashere, about the African diaspora in the Americas and the complexity of black identity across borders.

— An awards ceremony and gala at the Kimmel Center for Performing Arts featuring performances by Oshun, Laurin Talese, Blitz the Ambassador and Saul Williams.

— Tahir Jetter’s Sundance 2016 selection “How To Tell You’re a Douchebag.”

The program also includes special events like the Youth Screening, artist talks and an opening reception at Johnny Brenda’s in Fishtown. Filmmakers, critics and film-loving audiences will gather in Philadelphia for the influential event Ebony magazine has named “the black Sundance.” All events take place at International House Philadelphia, unless otherwise specified.

Passes and tickets are now on sale for the 2016 BlackStar Film Festival. For more information on the festival and its programs, visit blackstarfest.org.