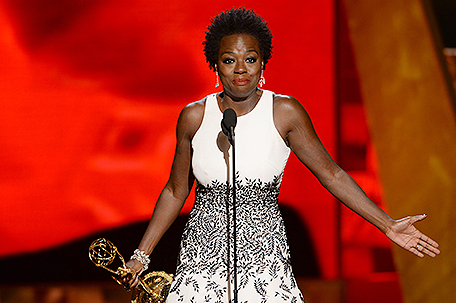 ABOVE PHOTO:  Viola Davis accepts the award for outstanding lead actress in a drama series for “How to Get Away With Murder” at the 67th Primetime Emmy Awards on Sunday, Sept. 20, 2015, at the Microsoft Theater in Los Angeles. (Photo by Phil McCarten/Invision for the Television Academy/AP Images)

Viola Davis made history Sunday night as the first Black woman to win an Emmy for outstanding actress in a drama series, bringing a sisterhood of Black actresses to their feet at the announcement of her accomplishment.

But Davis’ win was the second history-making moment of her night — as Vanity Fair points out, the nomination of lead actress, alongside Taraji P. Henson’s nomination, was the first time multiple women of color have been considered for the award at the same time. 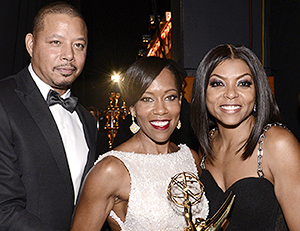 Terrence Howard, from left, Regina King with the award for outstanding supporting actress in a limited series or a movie for “American Crime,” and Taraji P. Henson pose backstage at the 67th Primetime Emmy Awards on Sunday, Sept. 20, 2015, at the Microsoft Theater in Los Angeles. (Photo by Dan Steinberg/Invision for the Television Academy/AP Images)

The significance of the moment was not lost on Henson, who stood to embrace Davis as she made her way to the stage.

In a powerful speech that amplified the voices of Black women who have called for more representation in TV, media and film, Davis noted that roles for Black women are scarce in a whitewashed Hollywood.

“The only thing that separates women of color from anyone else is opportunity. You cannot win an Emmy for roles that are simply not there,” she said.

A quote from Harriet Tubman, which she recited at the top of her acceptance speech, served as a succinct but profound outline of what many Black actresses are facing in the world of film, even in 2015. 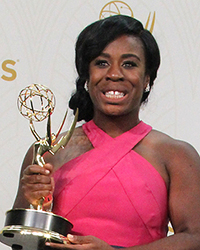 But Davis’ win was not the first exceptional moment for Black women at the 2015 Emmy Awards. Orange Is The New Black star Uzo Aduba also made her own history when she accepted the Emmy for Best Actress in a Drama Series, making her the first actress to win both a drama and a comedy award for the same role.

Hollywood veteran and favorite Regina King also took home an award for Best Supporting Actress in a Limited Series or a Movie. It was King’s first nomination and win. 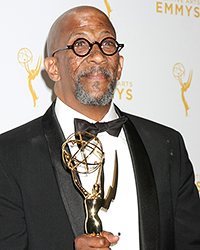 Viola Davis–Outstanding Actress in a Drama Series; How To Get Away With Murder

Regina King-Best Supporting Actress in a Limited Series or a Movie; American Crime

Uzo Aduba-Best Actress in a Drama Series; Orange Is The New Black