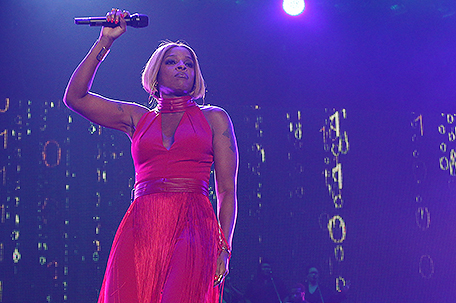 Nearly a half million attendees converged upon New Orleans this Fourth of July weekend for the 2015 ESSENCE Festival.

The annual Festival, which took place July 2-5, features entertainment, empowerment, and cultural experiences during the day and the world’s best performers each night. In addition, for the first time this year, the ESSENCE Festival touched tens of thousands of fans around the world via 100 hours of produced live-stream content. Highlights of the 2015 ESSENCE Festival include:

• More than 80 performing artists-including some of the biggest names in the entertainment industry such as Kevin Hart,

• Explosive growth in Festival fan mobile usage, with page views up by 80 percent and unique visitors growing 132 percent year over year—largely due to 80 percent increase in video consumption year over year.

For a full recap of all the exciting moments from the 21” annual ESSENCE Festival, visit ESSENCE.oom and log in to the ESSENCE Festival microsite for footage highlights.

TV One features specials of the 2010 Essence Music Festival, Washington Watch and Life After, Aug. 29-30