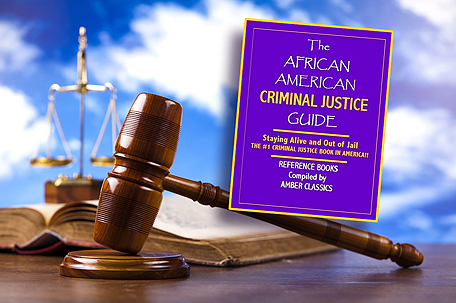 May 6, 2012 Category: Education Posted by: adminphilasun

“As a defense attorney, I spend a lot of time counseling young African-American men and women about making better lives for themselves… It hurts me to
see so many of our young… going to jail instead of college.

Many go to jail having been wrongfully convicted of crimes they did not commit. Others will go to jail because of a lack of economic opportunities; and
others go to jail simply because they did not have someone to show them a better way.

I hope this book will serve as a tool to wake up and fight for your life and the lives of the next generation of African-American young people, so that
they will avoid the criminal justice system. I hope it will educate you and your loved ones about the system, and help you make intelligent decisions about
the way we conduct our lives.”

— Excerpted from the Introduction (pgs 1-3)

There are over 7 million people either in prison, on probation or on parole in the United States. Of that number, about 40 percent are African-American,
which means that about 3 million black folks are currently caught up in the criminal justice system.

That unfortunate statistic suggests that the average African-Americans is likely to have a potentially-serious brush with the law at some point, even if
it’s just a profile stop that never leads to any charges. So why not be prepared to handle any such encounter with the police, in order to prevent the
situation from escalating to arrest or incarceration?

That is the thinking of John V. Elmore, a defense attorney who has dedicated his career to representing “victims of our American society” who have been
wrongfully charged “because of the color of their skin.” Entirely overlooked during the recent debate about the Trayvon Martin tragedy is how the slain
teen had been judged by the color of his skin, rather than by the content of his character, as so eloquently envisioned by Dr. Martin Luther King in his
historic “I Have a Dream” speech.

Sadly, almost a half-century after The March on Washington, we not only still have cops denying black citizens’ Constitutional rights during color-coded
stop-and-frisks, but we also have armed vigilantes emboldened by “Stand Your Ground” statutes relying on racial stereotypes alone as a rationale for
confrontations with the innocent.

Elmore covers considerable ground in The African-American Criminal Justice Guide, including pivotal chapters about the perils of being black in America,
knowing your rights, hiring an attorney, and negotiating your way around the criminal justice system, to name a few. Among the important dos and don’ts of
dealing with police on the street are: don’t run, don’t resist and be polite, even if you’re innocent. And you should always keep your hands visible, never
touch a cop, and ask for a lawyer immediately, if arrested.

A vital survival handbook chock full of practical legal advice likely to come in handy and maybe even save your life someday.

To order a copy of The African-American Criminal Justice Guide, visit here.