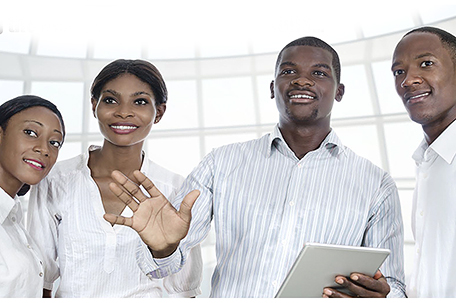 What does Civil Rights leadership look like in the 21st Century?

That depends on whom you ask.

In the 1950s and 60s, picking out the leaders of the fight for Civil Rights was pretty easy, and, at least from a media perspective, centered on one man, The Rev. Dr. Martin Luther King Jr.

Though his leadership, a lot got accomplished. The Voting Rights Act, which celebrates its 50th anniversary this year, was passed. Blacks were able to sit at lunch counters to eat and sit anywhere on the bus they wanted. While America’s “blank check” for Blacks was still attached to a checking account without the money to cover it, it looked as if it could be cashed soon.

Or at least that was the perception for most of the latter half of the 20th Century.

But with the Supreme Court’s decision to strike down major provisions in the Voting Rights Act, the inaction of Congress in addressing some of the issues that were covered by those provisions, and the recent series of deaths of unarmed Black men at the hands of police and others, some are asking if it might be time for a new Civil Rights Movement for the 21st Century…and if so, how will it look and who will take the lead?

Before looking at who will take the lead, it’s important to first acknowledge that leadership is important, said Niambi M. Carter, an assistant professor in the Department of African American Studies at Temple University.

While people may not care for the Reverends Jesse Jackson or Al Sharpton, they get listened to because they command attention, something that’s necessary in the current media climate, Carter said.

“I think most movements need leaders,” she said. “Not because leaders are the smartest people in the room, or Black people are incapable of organization, but because they can galvanize people. Martin Luther King Jr., was a great leader, but he was not a one-man show. He had numerous advisors like Ella Baker and Bayard Rustin who helped develop the strategies that we have come to credit King with. King, in addition to substance, had charisma. We can’t underestimate how important that is.”

But instead of just one charismatic leader, the current movement may be led by a group of them that stand together on all issues, but allow each member to play to their strengths, according to the Rev. Dr. Mark Tyler, pastor of Mother Bethel AME Church.

“Leadership is being looked at in new ways,” he said. “We’re looking at social justice leadership in the way that business does. There’s an emphasis on coalition building. When you have a group of strong leaders together, the movement has a better chance.

While the Civil Rights Movement of King’s day may have been divided generationally on some level, those divides aren’t nearly as prominent as they are in the present day.

This has been most prominent in the marches against police brutality. When they came to Ferguson, Missouri after the death of Michael Brown, the Reverends Jesse Jackson and Al Sharpton found themselves having to deal with something they probably never had before…disdain. They were booed by young activists who felt they had nothing to offer their movement.

Even Oprah Winfrey, one of the producers of the movie ‘Selma’, and a media icon, found herself on the wrong side of young activists when she said during an interview promoting the film that the current movement was “disorganized”.

Being able to communicate with young people in a way that engages instead of patronizes is going to be an important part of getting them on board for any movement, said Christopher Norris, an activist and founder of Techbook Online.

“One of the characteristics of millennials is that they have no respect for hierarchy,” Norris said. “Movement[s] like the Black Lives Matter movement are organic and are made up of people for whom this is their first time engaging in activism.”

Minister Rodney Muhammad, the newly elected president of the Philadelphia NAACP, understands why young people may mistrust legacy organizations such as his. To bring them back to the table will require showing them that they, and their contributions, are welcome, he said.

“Young people aren’t willing to work with established organizations because they don’t know the history [of the organizations],” Muhammad said. “They want to know what’s it this for them. We have to teach them the history and give them key roles in these organizations.”

But no matter what form of leadership ultimately prevails, what is needed for Blacks in the current day is for the Civil Rights Movement of the 21st Century to be effective.

Fall back Sharpton–Time for the youth to lead

Vantage Point: Cleaning up the mess in the Gulf; a time for Obama to lead