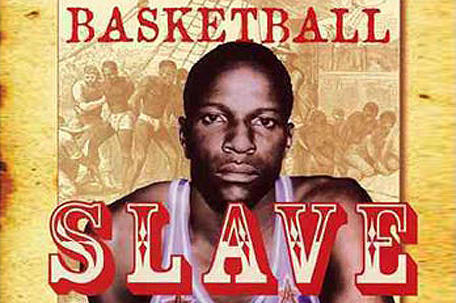 This book signing event is an opportunity to show support to the author, Mark Johnson, to share some more African American history and to use this event as
another fund raiser for the Sultan Jihad Ahmad Community Foundation. Mark Johnson is the son of now deceased Harlem Globetrotter Andy Johnson and it is a
true story of some of the many experiences the Globetrotters had before 1960 arrived. Johnson is now playing an important role in ensuring that the
Pre-1960 Globetrotters receive their rightful due for their outstanding contributions to the game of basketball.

“My mission is to educate people about some of the first pioneers that were historically significant,” Johnson said. Players who came before the likes of
Meadowlark Lemon, Bill Russell, Elgin Baylor, Oscar Robertson and Curly Neal. Players such as Bob “Showboat” Hall who played close to 30 years as one of
the original showman of the Globetrotters and who started his career in 1947.

“Other members of the Pre-60 Trotters were selected by NBA teams via the NBA Draft. My Dad passed before we completed a book that we were working on
together. I am proud to complete this book and tell the true Harlem Globetrotter story, pre-1960. My father played in every professional basketball league
between 1940 and the mid-’60s. The Harlem Globetrotters, the NBA, with the Philadelphia Warriors – where he and Wilt were teammates — and the Chicago
Packers. He also played in Abe Saperstein’s American Basketball League (ABL) Philadelphia Tapers and the Eastern Basketball League (EBL) Allentown Jets.”
Johnson continued.

Sultan Ahmad, Founder of the SJACF with his wife Harriet said, “We focus on teaching youth how to end the culture of youth violence. To open our doors to a
book signing like this, adds to our children’s historical growth.

At the same time the book signing is going on, the SJACF is also hosting a Good Friday Fish Fry as another way to raise funds for the many programs of
Sultan Jihad Ahmad Community Foundation.