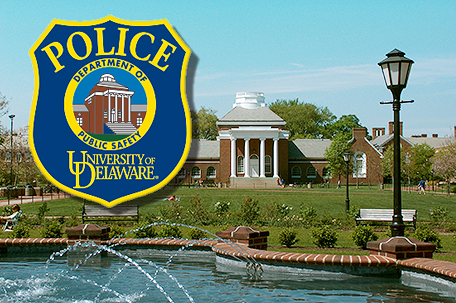 WILMINGTON, Del. — A former University of Delaware police officer has accused the school and its police chief of racial discrimination, claiming in a federal lawsuit that he was fired after calling out his superiors for risking officers’ health during the height of the coronavirus pandemic in 2020.

The News Journal reports that Raushan Rich was charged with insubordination — a department disciplinary violation — when he expressed disagreement with the university’s COVID-19 protocol that required police officers to transport COVID-19-positive students to quarantine housing, according to the suit.

Rich claims he was disciplined while other white employees were not, according to the lawsuit.

A university spokesperson said the school does not comment on ongoing litigation. Rich and his attorney also declined to comment.

On Aug. 30, 2020, Rich received a dispatch call to transport a COVID-positive student, but he declined, citing “unnecessary risk and exposure for non-law enforcement purposes,” according to court documents.

He was eventually forced to pick an officer from his squad for the transport who “reluctantly agreed,” the lawsuit states.

Later that night, Rich was placed on an emergency administrative leave, according to the complaint. He was investigated by the department and ultimately terminated for insubordination.

“Defendant has engaged in a pattern and practice of disproportionately treating and disciplining its African American officers while failing to discipline its Caucasian officers,” the lawsuit states.