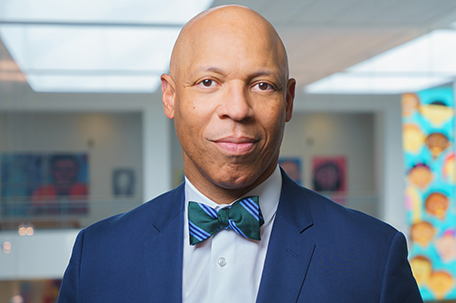 PHILADELPHIA — The superintendent of the Philadelphia School District has announced that he will be leaving the post next summer.

Superintendent William Hite Jr. said in a video released to staff that “after much reflection” he had decided not to seek renewal of his contract when it expires in August 2022.

He said leading the district of 120,000 students in more than 200 schools had been a “tremendous honor and privilege” and vowed to support the board in its search for a new superintendent.

“I’d asked the board, ‘Let’s put this conversation off’ until we were able to get young people back into schools. That was the most important thing,” Hite said at a news conference Tuesday. “… But I did indicate, once we got children back, that I would not seek a renewal of my contract.”

Hite said he loved Philadelphia and its people “whether they were complimentary or, quite frankly, not so much.” He said he’s uncertain what he will do after he leaves but he plans to stay in the area.

The Philadelphia Inquirer reported that Hite said in an email to staff Monday night that he wanted to share the news now to allow “a full and complete search process for the next leader of the district, but I want to assure you all that I’m not going anywhere before August 2022.”

The next year, he said, would see several critical initiatives focusing on equity, facilities planning, and environmental improvements.

Hite will leave as one of the longest-tenured superintendents in district history and his decade of service will also allow him to collect his pension through the Pennsylvania Public School Employees’ Retirement System, the paper said.

Hite was hired in June 2012 to take over a district in financial trouble and the following year recommended closing 37 schools, 23 of which were eventually shut.

He presided over the end of the 17-year state takeover and his contract was renewed in 2015.

In December, the school board’s annual evaluation rated his performance as “needs improvement” in the areas of student growth and achievement and systems leadership and operations, the Inquirer reported.