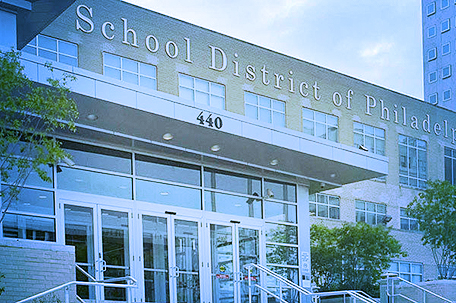 PHILADELPHIA — The School District of Philadelphia is working to repatriate Native American skeletal remains found in a high school classroom closet this summer.

A letter sent to parents of Central High School students Friday said the “human skeletal item” was previously used as a teaching aid and dated back to the 1850s.

The district consulted with the Department of Interior, Temple University and other experts about how to handle the remains, Evelyn Nunez, the district’s chief of schools wrote in the letter to parents.

“The District is also working with these partners to return this person, who has been identified as a male Native American, to his home tribe,” she said.

Central High School, founded in 1836, is the second-oldest continuously operating public high school in the country, but it is not alone in its history of using skeletal remains as learning tools.

In a statement Friday, the district said the remains were likely used in teaching through the mid-1900s at the latest, but the district’s schools have not used skeletal remains in classrooms for more than a decade.

The district has launched a search of inventories at all of its schools to make sure any other skeletal remains are identified, treated with respect and also repatriated if possible.

“This is part of the story of early medicine around the world where the deceased entered collections without their consent from cemeteries and other contexts,” said Temple University’s Chair of the Department of Anthropology Dr. Kimberly Williams, who is working with the school district.

She added that archaeological remains from Indigenous communities and communities of color were also frequently sold and traded during “an era of inquiry about the differences between the ‘races.’ This is and was unequivocally wrong and unacceptable.”

Experts often run tests with small fragments of the remains that can determine race, gender and age of the person when they died, as well as an estimate of when they died.

Shannon O’Loughlin, chief executive and attorney at the Association on American Indian Affairs, said researchers may never be able to determine which of the hundreds of federally and state-recognized tribes the ancestor’s remains are affiliated with especially if there aren’t any records of provenance for how or where the remains were obtained.

“What normally happens is they’ll send what’s called a tribal leader letter, asking if their tribes are interested in participating and affiliating the remains and accepting them to bring that ancestor’s remains to rest,” O’Loughlin said.

When there are no records, she said federal officials often reach out to tribes with homelands historically affiliated with where the remains have been housed.

“It’s not going to be easy. Someone has stolen someone’s relative and used their remains for whatever reason, and in the process disconnected them from their people. And that’s not something that can easily be undone,” O’Loughlin said.

Several other Philadelphia institutions have had high profile reckonings recently with the treatment and continued display of skeletal remains belonging to people of color.

The Penn Museum drew fire when it was disclosed that a staff member had displayed remains from a child victim killed in the MOVE bombing in 1985 as part of an online course. Eleven people were killed including five children when police dropped a bomb on the headquarters of the Black organization.

The city’s public health director also resigned earlier this year after telling city leaders he had ordered a box of bone fragments and possible remains from the bombing investigation be destroyed. A worker in the medical examiner’s office discovered the remains had not been destroyed, and the city after more than 30 years, arranged to return them to surviving relatives.