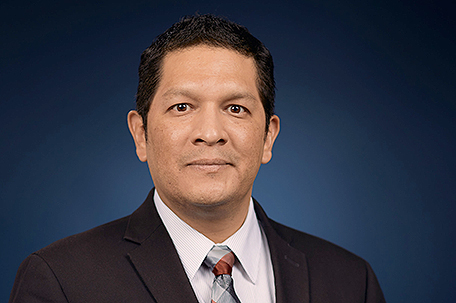 HARRISBURG, Pa. — A Pennsylvania regulatory board on Monday approved Gov. Tom Wolf’s proposal to subject charter schools to stronger ethics and accounting standards and to try to root out discriminatory admissions decisions, perhaps the biggest update to a quarter-century-old law stuck in the past because of political deadlock.

The 3-2 party-line vote by the Independent Regulatory Review Commission was on a proposed regulation that, along with Wolf, was backed by Democratic lawmakers and public school boards and advocates, but opposed by Republican lawmakers and charter schools.

Despite protests by “school choice” backers, Wolf’s administration portrayed the measure as a way to improve educational quality and choice.

Under it, charter school officials must adhere to state laws on ethics, by filing public financial disclosure statements and obeying conflict-of-interest laws, as well as following the same accounting standards as those followed by public schools.

Charter school officials said some of them already do those things.

Murray Ufberg, Wolf’s appointee to the commission, called it an incremental step to improve cooperation and competition between public schools and the charter schools whose bills they pay.

“We have an obligation to them, as well as to ourselves, to achieve a better end,” Ufberg said after listening to several hours of testimony.

John Soroko, a House Republican appointee, said the regulation goes beyond the authority of the state Department of Education to write it and its provisions were not envisioned when the Legislature first passed Pennsylvania’s charter school law in 1997.

Opponents also said the regulation will hurt the ability of new charter schools to open and make it easier to unfairly close them.

Still, the regulation leaves some disputes — such as funding levels and academic achievement standards — unresolved.

Wolf, a Democrat, commissioned the regulation after more than a decade of deadlock in the state Legislature over updating Pennsylvania’s 25-year-old charter school law, and as public schools have struggled to secure any concessions to help with fast-rising charter school costs.

Public school advocates have long pushed for measures to ensure charter schools are not fronts for profit-making operations that dump taxpayer money into marketing efforts while being overpaid for services provided and cherry-picking student applicants.

Meanwhile, charter schools have been unable to secure concessions to improve how they are paid and authorized.

The deadlock has persisted as advocates for taxpayer funding of private, parochial and charter schools are dominant forces in underwriting Republican campaigns. Teachers’ unions, meanwhile, are important allies for Democrats’ campaigns.

Charter schools will get about $3 billion to operate this year — and public school advocates say that is far more than it costs to educate roughly 170,000 school children. School districts spent about $33 billion — including paying charter schools — to educate 1.7 million children in 2019-20, according to state data.

Dennis Watson, a Senate Democratic appointee to the commission, said the $3 billion in taxpayer money being spent on charter schools justifies the effort to require stronger accountability from them.

The regulation also requires charter schools to use a new payment system intended to resolve disputes with public school boards and to provide health care benefits for teachers on par with the authorizing school district.

In addition, applicants wanting to start a charter school must provide more detailed information when applying to a school district or, in the case of a cyber charter applicant, to the state.

On admissions decisions, charter schools will be required to publicly post admission policies and preferences, and produce a report on its impact on student demographics.

Charter schools already must follow anti-discrimination laws, including being barred from discriminating on the basis of language, achievement, disability or athletic ability.