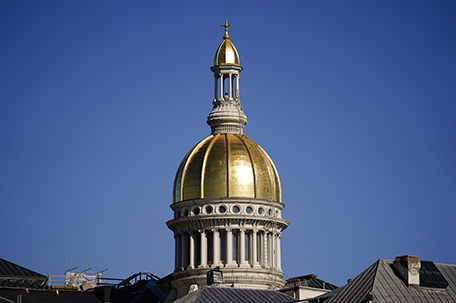 TRENTON, N.J. — New Jersey’s schools are among the most segregated in the country and will become even more so without state action, advocacy groups who have sued the state argued in court last Thursday.

The 2018 lawsuit alleges that segregation is perpetuated by New Jersey laws that restrict students, with few exceptions, from attending schools outside their district — to the detriment of non-white students. The suit by several advocacy groups, including the Latino Action Network and the state NAACP, seeks a declaration that New Jersey must find a solution to the problem.

The state has argued that while there’s room to improve under the current system, the groups’ claim that the statewide system is unconstitutional isn’t supported by the evidence they have provided, which came from a small number of school districts.

State Superior Court Judge Robert Lougy is expected to rule in the coming days or weeks on whether to grant the state’s motion to dismiss the lawsuit.

Those disparities create a system of “racial stereotyping, stigma, fear, and hostility that obscures individuality and denies all concerned the recognized benefits of diversity in education,” the plaintiffs have argued in court papers.

More than the numbers, Lustberg argued last Thursday, the case is about “racial justice in a state that congratulates itself on being fair, just, and egalitarian, but which, in fact, is the worst in the nation in segregation in public schools.”

Attorney Christopher Weber, arguing on behalf of the state, said the plaintiffs had used a small sample size of 23 districts to make their case, hadn’t laid out specific remedies and hadn’t demonstrated why the state would be liable.

“In order to establish where segregation exists, plaintiffs needed to do the hard work upfront in order to determine where liability exists,” he told Lougy. “You can only identify the liability by identifying the remedy.”

Changing the state system, were the judge to order it, would require legislative and executive action, Lustberg acknowledged.

Some of the solutions offered in the lawsuit include adapting New Jersey statutes to allow consolidation of school districts and allow school districts to accept nonresidents, and methods used in other states, including voluntary inter-district transfers and a system that balances ranked school choices with the overall goal of creating more diverse student populations.