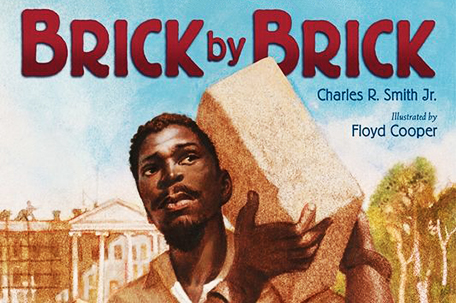 NEW YORK — Floyd Cooper, an award-winning illustrator and author of children’s books whose mission to offer candid and positive images of Black history included subjects ranging from Frederick Douglass and the civil rights movement to Venus and Serena Williams, has died. He was 65.

Author Carole Boston Weatherford, whose “Becoming Billie Holiday” and “Unspeakable: The Tulsa Race Massacre” were illustrated by Cooper, told The Associated Press in an email that he died early Friday after being ill with cancer for several months. She did not immediately provide further details.

“His cinematic illustrations brought stories to life and held readers close,” Weatherford said. “A devoted family man and genuine friend, Floyd was a gifted illustrator and truth-teller. His legacy will continue to enlighten and to inspire for generations to come.”

Cooper was a Tulsa, Oklahoma, native who drew upon his grandfather’s memories in illustrating Weatherford’s book on the 1921 tragedy. He grew up poor, and spoke of moving around so often in Tulsa that he attended 11 different elementary schools. But he showed an early gift for drawing and received a scholarship to attend the University of Oklahoma.

After working on greeting cards for the Hallmark company in Kansas City, he moved to New York City and illustrated his first published book, Eloise Greenfield’s “Grandpa’s Face,” which came out in 1988.

He later settled in Easton, Pennsylvania, with his wife and agent, Velma, and two sons. He illustrated dozens of books and his work on Joyce Carol Thomas’ “The Blacker the Berry” brought him the Coretta Scott King Award in 2009 for achievement by a Black illustrator.

He also collaborated with such top authors as Weatherford, Nikki Grimes, Walter Dean Myers, Jacqueline Woodson and Howard Bryant, whose “Sisters & Champions,” about the Williams sisters, was illustrated by Cooper.

“Floyd was a wonderful artist and a fantastic collaborator,” Bryant told the AP in an email Saturday. “I remember when I first received his initial pages for ‘Sisters & Champions’ I was just blown away. For my first children’s book, I was so proud to share a project with him and really looked forward to doing so again. This is an enormous loss.”

His other projects included Myers’ “Frederick Douglass: The Lion Who Wrote History,” Ruth Vander Zee’s “Mississippi Morning” and Leah Henderson’s “A Day for Rememberin’: Inspired by the True Events of the First Memorial Day,” which came out in May. He also wrote a handful of books, among them “Juneteenth for Mazie” and “The Ring Bearer.”

Cooper prided himself on the bold, dramatic images he produced through what he called “oil erasure,” a style dating back to his childhood for which he used an eraser to form shapes on a canvas. When taking on a book, he would read the manuscript over and over until pictures began to appear in his mind.

“Sometimes I get a flood of images from the very first reading!” he wrote in a 2018 post for mackincommunity.com. “That is what we illustrators call ‘finding the connect.’ I connect with the story in that special way, as if that story was written just for me.”