Book review: Gathering of the Waters by Bernice McFadden 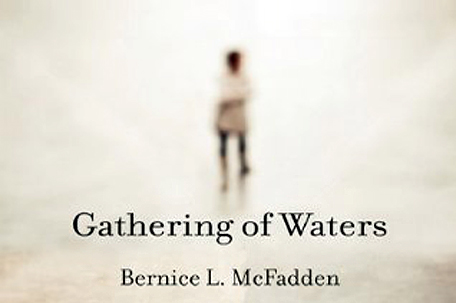 A small town which is holds a tragic place in the annals of Civil Rights.

The small town in Mississippi where 14-year-old African boy named Emmett Till was brutally murdered.

Also the small town which is the main character for nationally best-selling author Bernice McFadden’s latest book – Gathering of the Waters.

The town is the narrator in this captivating novel, and details the horrific events that transpired there. Because, according to McFadden’s novel, all
things – not just those breathing – possess a soul.

And you did read correctly. Though the real-life Emmett Till is a main character in Gathering of the Waters, this is not a biography, it is a novel. And it
can’t really even be considered an historical novel, but a haunting novel that weaves a fictional storyline that spans three generations and includes the
gruesome murder of an innocent teenager from up north, who didn’t understand how cruel and nasty the racism of the Old South could be.

Emmett Till was in Money visiting his uncle, Moses Wright, in the summer of 1955. On August 28th, two white men came to his uncle’s house and accused him
of whistling at one of their wives. They dragged out in the middle of the night vowing to teach him a lesson he wouldn’t forget.

His badly beaten body was found three days later, in the Tallahatchie River. One of his eyes was gouged out, and he had been shot in the head.

Till’s mother brought the boy’s body back to Chicago and gave him an open-casket, so that all the world could see how her son had been abused. Pictures of
dead teenager laid out in the coffin were pictured in Jet Magazine, and eventually in national newspapers and magazines around the world.

The two white men were charged with Till’s death, but then acquitted by an all-white jury. They later admitted their guilt and sold their story to a
national magazine, but double jeopardy had attached, and they could not be retried.

McFadden – whose other novels include the critically acclaimed and nationally best-selling novels Sugar, Camilla’s Rose, and Glorious – lives in Brooklyn,
NY, but all of her 15 novels take place in the South. In 2001 she was nominated for a Pulitzer Prize for her 2001 novel, The Warmest December, and has
twice won the Zora Neale Hurston Award for Creative Contribution to Fiction.

In Gathering of the Waters, McFadden weaves her novel around the story of Emmett Till, but does not begin the book in 1955, but near the turn of the
century in Tulsa, Oklahoma, where a whore named Esther is stabbed to death. Esther’s spirit, we find out, possesses a 5-year-old girl, who grows up to be a
sordid woman who eventually moves to Money, along with her preacher husband, and their two children.

According to Money – remember the town itself is the narrator – the spirit of the dark whore, Esther, moves from body to body doing dastardly deeds which
eventually leads to the lynching of Emmett Till.

But just as the novel doesn’t begin with his lynching, nor does it end with it.

You see, in the novel a 15-year-old girl from Money named Tillie falls in love with Emmett, and shares her first kiss with him. The blossoming relationship
between the two teenagers is touching, but never makes it to full-bloom. Yet Tillie never forgets him, even after leaving Money, Mississippi, and it’s
through her life that we continue to remember the deceased Chicago teenager.

McFadden brings her novel all the way up into the new millennium, and it ends with a twist, that most readers will not see coming.

Gathering of the Waters is touching, captivating, well-written . . . if I could think of other complimentary adjectives I would also add those. Suffice it
to say that this is a book that will appeal to the young and old; and those who are interested reading about history and those who primarily read fiction.

In other words, it’s a book that simply should not be missed.