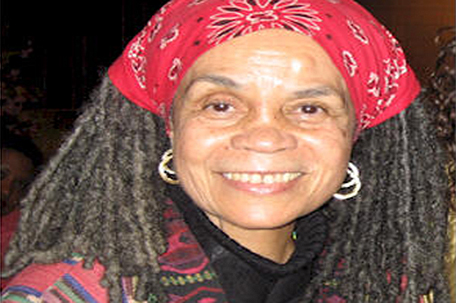 I recently asked a college student who were his favorite Harlem Renaissance writers. The young man thought for a moment, and then answered Langston Hughes. When I prompted him to name another writer from the era, he screwed up his face and said, in a questioning tone, “Richard Wright?”

Ignoring the fact that Richard Wright wrote his novels after the end of the Harlem Renaissance, I asked the student to name one of Wright’s books.

Unfortunately, many in his generation are unaware of our rich literary history; and consider Donald Goines and Iceberg Slim the best of the African American authors.  (As an aside, I happen to like both authors and have, in fact, read all of their books, but, um, no, I wouldn’t consider them literary giants.)

More unfortunately, I found there are too many in MY generation who are just as ignorant of the wealth of African American literature available to them.

With this in mind, I asked a group of Philadelphia-based African-American authors what African-American book would they say is must read. To make things even more interesting, I told them they could only name books thirty years or older.

“Without a doubt the most influential book I’ve read was The Mis-education of the Negro by Carter G. Woodson,” said Lorene Cary, author of Black Ice, The Price of a Child and more recently, If Son Then Heirs.

Cary, who teaches creative writing at the University of Pennsylvania, said she read the book while in high school, but recently re-read it so could discuss it with her students.

“I couldn’t believe it,” she said, with wonder in her voice, “all of the things he wrote about then are still issues today. How crazy is that?”

The premise of the book – which was published in 1933 – is that African-Americans are culturally indoctrinated, rather than taught, in American schools.

“We’re always told how important it is for us to get an education, and it is,” said Cary. “But what they don’t tell us is how much they’re not telling us about the education they’re giving us.”

New York Times bestselling author Omar Tyree, said The Autobiography of Malcolm X, written by the Black Nationalist and human activist (with co-writer Alex Haley) and published a few months after his 1965 assassination.

“It’s more than classic, it’s a must read for the self-determination and independence of the African American mind,” said Tyree, who co-wrote Mayor for Life: The Incredible Story of Marion Barry, Jr., which was nominated for an NAACP Image Award.

“Sure, Malcolm X can be considered a ‘radical’ with ‘violent’ ideas; nevertheless, mental revolution does not come about softly,” said Tyree. “We must be willing to assess the hard truth and understand how our lives are affected by American race issues each and every day.”

Julia Press Simmons, author of Strawberry Mansion, Begonia, and Fornication, said she was only eleven when she read Native Son by Richard Wright, and said it was the first book that gave her a true insight into the race issues troubling the United States.

“I didn’t really understand injustice, or how or why we were treated they way we were,” explained Simmons. “I realized after reading Native Son that ignorance is the root of all evil. Not money or anything else. Just plain ignorance.”

Native Son, which was published in 1940, tells the story of 20-year old Chicago native Bigger Thomas, who accidentally kills a white woman whom he was employed to chauffeur.

“Even though it is a very dark story it has a beauty and honesty about it that still shines through, even if you do have to reach to get it,” said Simmons. “But don’t get me wrong, it is a tragedy; and part of the tragedy is that some of the ignorance that was prevalent in the book still ails our nation today.”

Zora Neale Hurston’s famous novel, Their Eyes Were Watching God may be difficult to read since it’s written in heavy Southern dialect, but Solomon Jones – author of Pipe Dreams and The Bridge – says it’s worth the work to get through it.

“The prose is like poetry and the dialogue, while it difficult to read at first, was a reflection of how some people in the South actually talked,” said Jones, who also hosts a morning radio show on WURD-AM.

Their Eyes Were Watching God – written by Hurston in 1937 – is a heartrending yet inspiring love story about a woman who refuses to let relatives, bad marriages, or natural disasters discourage her from finding love on her own terms.

“I love the book, I love the story, and I love that she had had the courage to not only write this book, but was also brave enough to write it in dialect,” said Jones, whose latest book is The Dead Man’s Wife, the fourth installment in his Detective Colletti series.

“The deep thing is she was criticized at the time for airing our dirty laundry – for letting people know that some of us talked in this manner,” Jones adds. “But by writing this book, she allowed us a window to see what it was like at that time.”

Like Jones, Daaimah S. Poole – author of Yo Yo Love and Got a Man – also picked a novel written by a female Harlem Renaissance writer.

“I only read Plum Bun a couple of years ago, but it’s a story that really stuck in my mind,” said Poole, whose latest book is Pretty Girls in the VIP. “To be honest, I haven’t read a lot of books that were written in the 1920s or 1930s, but the writing here was brilliant, and the story itself as good as it gets.”

Jessie Redmon Fauset, considered one of the mid-wives of the Harlem Renaissance, wrote Plum Bun in 1928. It tells the story of a very fair-skinned woman from Philadelphia who decides to move to New York City and pass for white and becomes romantically involved with a white man.

“I enjoy books that introduce me to a slice of life I’m not familiar with,” Poole explained. “I’ve heard tales about Black people passing for white, but this book really broke it down – why a woman would want to do it, especially back in the 1920s, and also the really good and the really bad that can come from it.”

Literary icon Sonia Sanchez – the first Poet Laureate of Philadelphia – didn’t hesitate when asked what book she would recommend.

“The Philadelphia Negro, because many years when the city was accusing the Black community of being the source of all the different problems in the city, Du Bois came and began to research what life was like for Negroes in Philadelphia, and he was able to refute those accusations,” Sanchez said emphatically. “But not only did he refute them, he showed how many contributions Black people made to the city, and how badly they were treated in return.”

Published by the University of Pennsylvania in 1899, The Philadelphia Negro is a groundbreaking work written by W. E. B. Du Bois, and was extolled as the first study in the social sciences to apply scientific methods in the gathering and analysis of data.

Du Bois personally knocked on every door in Philadelphia’s seventh ward, where the majority of African-Americans lived at the time, to find out – first hand – their environmental conditions, their ambitions, and how the color of their skin affected their standard of living. The result was a 520-page book that detailed every aspect of African American life in the City of Brotherly Love.

“It’s a very difficult text to get through, but it would benefit all of us to so. Du Bois was a brilliant scholar, and this work he produced is a classic,” Sanchez said with insistence. “It was written more than one hundred years ago, but it’s still relevant today because the problems that he brought to light have still not been resolved.”

It was Du Bois who said: “A classic book is that doesn’t have to be written again.” Based on that definition, all of the books listed here are worthy of the name.

Read them for yourself, and let me know what you think.