US promotes entrepreneurship to counter extremism 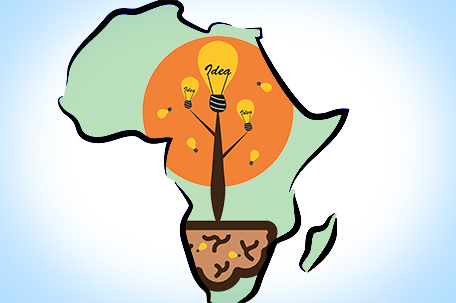 MARRAKECH, Morocco — The U.S. is promoting entrepreneurship in the Middle East and North Africa as a way to create jobs and counter extremism in the region, senior American officials said Thursday at a conference in Morocco.

The environment needed to encourage these new businesses is difficult to find, however, in the highly regulated economies of the region.

“We don’t have a culture of innovation,” said Anis Aouni, a Tunisian inventor from Saphon Energy whose new model of a wind turbine was being showcased by Microsoft.

But U.S. Vice President Joe Biden and other American officials attending the 5th annual Global Entrepreneurship Summit in Morocco were hopeful of change.

Biden called for education systems that questioned orthodoxy, well-defined legal systems that fight corruption and freedom of expression – elements that local activists have said are in short supply in the Middle East and North Africa.

He added that the countries in the Middle East and Africa are racing to create tens of millions of jobs as their overwhelmingly young populations enter the work force.

U.S. Commerce Secretary Penny Pritzker told The Associated Press that governments in the region were coming around to the importance of entrepreneurship as a way of employing the masses of young people not finding work in the current economies.

“We have heads of countries who have gone from no understanding of entrepreneurship to how do we do it the way you do it in the United States,” she said. “What they see is job creation, greater economic growth potential, security and stability, not allowing idle minds to find trouble.”

The speech by Moroccan King Mohammed VI, read out by Prime Minister Abdelilah Benkirane, gave strong support for supporting young businesses and many attending the conference expressed hope the business environment in Morocco would improve.

Young businesses in the region have trouble finding access to funding, with most banks and investors very averse to risking money on new businesses.

Several countries have set up business incubators and programs to help startups, but experts say it is not yet enough.

“The startup companies get a bit of support, some money or offices and they get on their way, but then what? They die on the vine,” said Deborah Magid from IBM’s Venture Capital Group. “In the middle there is a huge gap.”

Many people in the region are also wary of working for new companies because of the taboo against failure. Young entrepreneurs admitted that their parents often hid what they did until they considered the new businesses sufficiently successful.

Lamiaa Bounahmidi, a young Moroccan who set up a business producing couscous in Morocco and selling it in the U.S. admitted that she could never have created her business without access to U.S. investors.

But she said the king’s apparent support for new businesses at the conference speech gave her some optimism that the climate was changing in the country, if not the region – even if most of the speakers on stage that day were from big established companies, rather than start-ups.

“I was very happy of the content from the king’s speech,” she said, but worried that the ideas might not actually be translated into reality.

Spaulding Family lights the fire of self-reliance and entrepreneurship