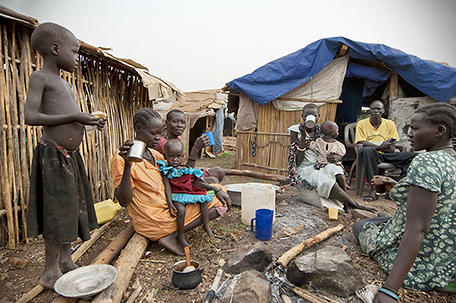 JUBA, South Sudan–More than half of the children in South Sudan are not in school, the highest proportion in any country, the U.N. children’s agency said last Tuesday.

Fifty-one percent of children between ages 6 and 15, or 1.8 million children, are not in school in South Sudan, which has seen violence for two years as government forces battle rebels, UNICEF said.

Even before the conflict began, 1.4 million children were already missing class. Since the war broke out, over 800 schools have been demolished and more than 400,000 children had to abandon their classrooms, according to UNICEF.

South Sudan’s government and the rebels signed a peace agreement in August, although violence persists in some areas.

South Sudan is followed by Niger, where 47 percent of the children are not in school, according to UNICEF.

Only one in 10 South Sudanese students who enter school finish primary education amid a shortage of facilities and trained teachers, said Phuong T. Nguyen, UNICEF’s chief of education for South Sudan.

“There is a very, very low budget from the government to the education sector,’’ she said. “It is not holding steady and we see a decline.’’

A South Sudanese official said enrollment actually went up from under 30 percent before South Sudan became independent in 2011, but that the war and a lack of school buildings and qualified teachers have slowed the growth.

Defense spending is taking a large percentage of the national budget with only 4 percent going to education, said Avelino Adrongo Said, director general of planning and budget in the Ministry of Education.

Worldwide, one in four children in conflict zones are missing out on their education, translating to nearly 24 million children out of more than 109 million living in countries at war, UNICEF said.