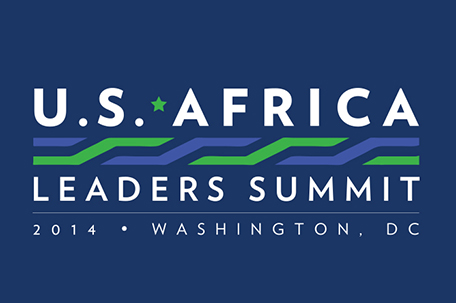 For decades, the mainstream American media has depicted Africa as a tortured continent beset by disease, famine and poverty. That image hasn’t changed despite dramatic changes sweeping the region – rapid economic growth, cutting-edge innovation and shifting perceptions of Africa in the rest of the world.

For the Obama Administration and the African Union (AU), a coalition of 54 states on the continent, the U.S.-Africa Leaders Summit in Washington, D.C. last week was an opportunity to help expand the narrative beyond the story of American aid, to reflect the current opportunities of investment and trade.

Journalists from around the world assembled in the nation’s capital to hear the opportunity stories. Among the American-based news media, it was those either managed by nonprofits or owned by African Americans or African immigrants that proved the best at providing context as well as coverage.

Consider this excerpt from a report on Aug. 4, the first day of the week-long summit, in Mshale, a Minneapolis-based news outlet founded by a Kenyan immigrant.

“White House officials say the American interests in Africa are immense. The continent is home to some of the world’s fastest growing economies and a rapidly expanding middle class. The U.S. is also competing for those consumers with China, which surpassed the United States in 2009 as Africa’s largest trading partner.”

However, the Mshale report also noted that it would be difficult for the mainstream American media to establish a new narrative on Africa, as long as global headlines are dominated by news from other regions.

“Even as Obama immerses himself in talks on regional security, democracy building and business investment in Africa, the world’s attention – and much of his own – will be on an extraordinary array of urgent overseas crises. Among them: Gaza clashes, Russia’s provocation in Ukraine and mounting extremism in Iraq, to name just a few.”

That point was observed by Uchenna Ekwo, a Nigerian journalist working in the U.S. for a non-profit organization. In a column, he concluded that a more expansive Africa narrative “is not important to Western media” after witnessing President Barack Obama and reporters at a press conference that was designed to highlight the achievements of the summit. During the question and answer session, Obama called on reporters from the Associated Press, ABC News, Bloomberg, NBC News and the Nairobi-based The Standard.

“In the end,” Ekwo noted, “only one question by Nairobi’s Standard newspaper specifically referenced Africa and the Summit that necessitated the press conference in the first place… Nothing exemplifies the ignominy of Africa in international policy agenda than for the president of the United States to hold a press conference to discuss the outcome of a three day summit that literally uprooted Africa to Washington D.C., only for reporters to divert the attention of the president to other issues.”

Meanwhile, African-American media focused on trade and investment opportunities on the continent. The Washington Informer, for example, produced an article that quoted U.S. Rep. Karen Bass, a stalwart supporter of trade policies that promote African development. NewsOne produced a video roundtable dubbed, “What you missed from the U.S.-Africa Summit.” Black Enterprise magazine had two reporters at the summit and produced several reports.

Some African-American owned media posted coverage produced by other outlets. For example, The Africa Channel curated a wide range of summit reports on its home page. Many African-American newspapers – the Afro American chain and the San Diego Voice among them – posted summit reports produced by the National Newspaper Publishers Association, which serves the black press.

Media owned or founded by African immigrants also devoted extensive coverage to the summit. For example, a report on an Obama pledge of $14 billion in commitments from U.S. companies for Africa is one of a half-dozen stories on the summit posted on the website of “Arise News,” a global broadcast team with offices in London, New York and Washington D.C.

As for analysis, the New York-based Sahara Reporters published a commentary by Sonala Olumhense on the alphabet soup of economic development initiatives related to Africa –NEPAD (New Partnership for Africa’s Development), the ACP-EU Partnership Agreement (African, Caribbean and Pacific Group of States and the European Union) and the current MDGs (Milennium Development Goals) among them.

Olumhense’s point: “…it is not a shortage of conferences or summits or resolutions that Africa suffers from. The principal challenge is that the philosophy of democracy, and the accountability that underpins it, has yet to be accepted by most of Africa’s so-called leaders. They love to wield power, but resent the responsibility that comes with it.”

African immigrant media also covered some of the many summit “side events.” For example, the New Jersey-based African Sun Times produced a report on a forum on civil society organizations in Africa, an event attended by Presidents Mahama of Ghana and Kikwete of Tanzania, Secretary of State John Kerry and Dr. Nkosazana Diamini-Zuma, chairperson of the African Union Commission, which conducts the work of the AU.

To be sure, the African Union Commission (AUC) recognized the potential of the African immigrant press and the African-American media to provide a broader and more nuanced narrative on Africa before the summit began. The AUC had scheduled an Aug. 4 town hall meeting with African immigrant and African-American media “to not only raise awareness of AUC activities, but also engage the Diaspora journalists and the international media interested in covering… the development agenda of the continent.”  Before the planned gathering, the AUC cancelled that forum but currently has plans to organize such a session in New York, during the United Nations General Assembly in September.

However, without a news exchange involving African media on the continent and diaspora media in the U.S., it will be difficult to expand the dissemination of news related to economic development on the continent.

Many African-American news organizations have expressed interest in expanding their African coverage. For example, the National Newspaper Publishers Association (NNPA), which represents more than 200 African-American newspapers, has expressed an interest in doing so despite the fact that NNPA members do not have the resources to assign reporters to cover African affairs.

“We have to come up with creative ways of covering Africa,” said NNPA Chairman Cloves C. Campbell, Jr. in a statement, “because the Motherland is too important for us to ignore.”

Without correspondents or Internet presence, it is difficult for diaspora African media in the United States to discover and relay information on encouraging developments, such as the elections monitoring and the oil and gas industry watchdog activities of the International Institute of ICT Journalism, or the agribusiness promise of the Songhai Centres for development in West African states.

To be sure, news media based in Africa is also seeking to improve its coverage of business and government corruption. Media mogul Michael Bloomberg plans to aid this effort with his recently announced Bloomberg Media Initiative Africa, a three-year, $10 million pan-African program to build media capacity to improve business coverage and help advance government accountability. Bloomberg also demonstrated his interest in Africa by co-sponsoring the day-long U.S.-Africa Business Forum, a major summit event.

Nigerian banker and philanthropist Tony Elumelu was among those participating at the business forum. The Wall Street Journal published his summit-related op-ed in advance of the weeklong conference. During a brief press conference at the summit, he was asked about his entrepreneurship development programs. However, his most animated comment was in response to a question about the media coverage of African development.

“Much of the coverage of Africa is so negative and imbalanced,” he said. “This discourages many from investing. We have to do a better job of telling and sharing our story.”