These two Black entrepreneurs are fighting gentrification — one house at a time! 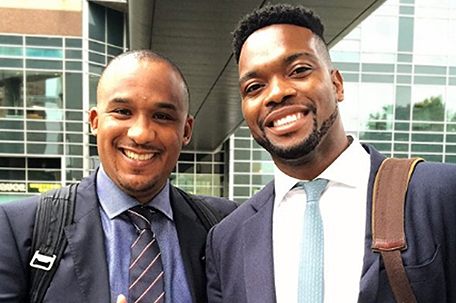 What does a real estate developer in Mississippi and a banker in New York City have in common? On the surface– nothing– but inside, both are gentrification fighters, having a burning desire to revitalize neighborhoods in Detroit, one house at a time.

How they got started

Two friends, Andrew Colom, 33, and David Alade, 29, left their jobs and together started a company called Century Partners. Both partners had previously thought deeply about inequities in the world and came to the conclusion that something needed to be done. While Alade initially was turned off about the idea of investing in Detroit revitalization, Colom visited Detroit and saw potential. He convinced his partner to join him.

Now the two Black entrepreneurs are working hard to bring Detroit back. Their company buys abandoned homes in Detroit’s historic district and works with other African Americans in the neighborhood to invest in the rehab.

It’s a win/win situation because neighborhoods are getting revitalized which brings back value, and investors make money from their investment through rent paid after the rehab or by selling their homes back to Century Partners for cash.

The goal of these two motivated entrepreneurs goes beyond gentrification. They want to see vibrant neighborhoods again with increasing values, but they also desire to create diverse neighborhoods. Building wealth in neighborhoods, one house at a time, is their approach.

Alade said they are “looking forward to seeing how it looks on the other side when home values go up and neighborhoods are vibrant again and abandonment is gone.”

For more details about their company, Century Partners, visit www.centurypartners.org