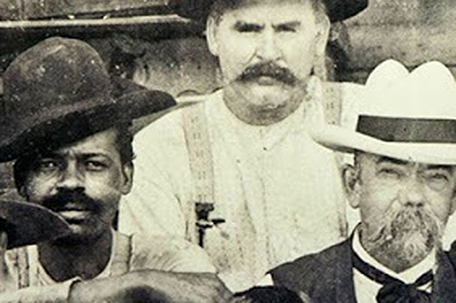 Jack Daniel’s Whiskey is a very popular alcoholic beverage that people all around the world have been drinking for more than 150 years. But many people are not aware of where this famous whiskey came from and who invented it.

The truth is that the recipe was actually created by a former slave named Nathan “Nearest” Green.

According to Gabriel Scott, historian and author of “The Chosen Ones: Perception of Malcolm and Martin” and  a well-respected Black history lecturer, Jack Daniel was a white man from Tennessee who managed a distillery for a businessman named Dan Call. Nathan Green was Call’s slave.

Historians and the company have confirmed that it was, in fact, Nathan who showed Daniel how to make the whiskey.

Even more, he was made the head distiller for the company in 1866 — the same year it was officially launched.

Many descendants of Nathan Green were made employees, and have contributed to the growth of the company for several decades.

Daniel has been credited for many years for starting his successful beverage empire, but it was a Black man who created the actual recipe and taste that so many people have loved to drink for more than a century.

First Black priest in US, ex-slave, positioned for sainthood