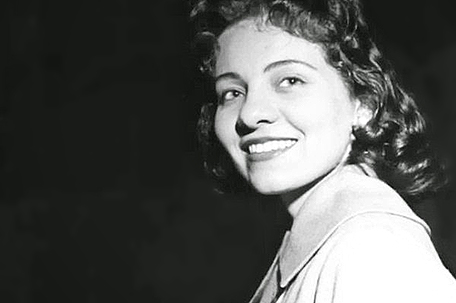 1.  Diane Nash was a founding member of the Student Nonviolent Coordinating Committee (SNCC).

2.  Nash briefly attended Howard University and became active in the civil rights movement when she transferred to Fisk University in 1959 and experienced the Jim Crow South firsthand.

3.  She was inspired by the Friendship Nine, nine Black men that were arrested in Rock Hill, SC, for sitting at a whites-only lunch counter, and became leader of sit-ins in Nashville, Tennessee.

4.  Nash was featured in PBS’s Makers, a six part documentary highlighting women’s role in shaping the country in the last 150 years.

5.  She was portrayed by Tessa Thompson in Ava DuVernay’s Selma. Although the film centered on Martin Luther King, Jr., “Nash was the reason he was there in the first place.”

7.  Nash married fellow protester James Bevel whom she met at a Nashville sit-in. They had two children, Sherri and Douglass.

8.  While protesting, Nash was arrested several times. During her first pregnancy, she was sentenced to two years and half years in prison for teaching students nonviolent strategies.

9.  She returned to her hometown of Chicago to support and lead advocacy work in education, real estate, and fair housing. Nash received an honorary degree from Fisk University in 2009.

10.  Nash refused to march at the 50th anniversary of the Selma to Montgomery marches earlier this year. Former president George W. Bush attended the commemorative event and Nash chose not to participate in the march.

Joneka Percentie is a rising junior studying Mass Media Communications, Africana Studies, and Women’s and Gender Studies at UNC Charlotte. When she’s not blogging with SPARK Movement, or tweeting @jpercentie, she enjoys singing, reading, and sleeping. Email her at [email protected]