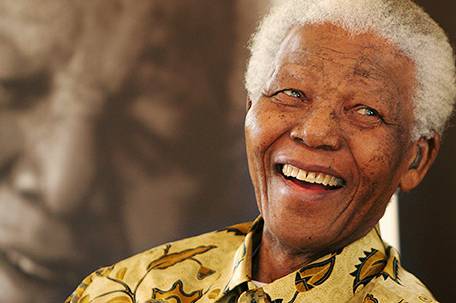 JOHANNESBURG — Nelson Mandela’s estate is worth roughly $4.1 million, excluding royalties and other amounts, and
beneficiaries of his will include his family, members of his staff, schools that he attended and the African National Congress, the movement that fought
white rule and now governs South Africa, the will’s executors said Monday.

Mandela’s third wife, Graca Machel, is the main beneficiary of the will because their marriage was “in community of
property” and she therefore has the right to half his estate, as long as she claims it within 90 days, said executor Dikgang Moseneke, who is
also deputy chief justice of the Constitutional Court. Graca Machel’s first husband, President Samora Machel of Mozambique, died in a plane crash
in 1986.

Mandela’s ex-wife, Winnie Madikizela-Mandela, was not mentioned in the will.

Moseneke said he is not aware of any challenges to the provisions of the will. Mandela, a prisoner during white racist rule who became
South Africa’s first black president, died Dec. 5 at age 95, prompting a 10-day mourning period in the nation and a global outpouring of
tributes.

Moseneke outlined a “provisional inventory” of 46 million South African rand, or $4.1 million, but cautioned the
amount could change as the will is studied more carefully. The document was drawn up in 2004, and provisions were updated in 2005 and 2008. Two other
executors are George Bizos, a human rights lawyer who was a longtime friend of Mandela, and Themba Sangoni, a chief judge from Eastern Cape province,
Mandela’s birthplace.

Earlier Monday, Moseneke said, the will was read in its entirety to members of Mandela’s family.

“It went well,” he said. “There were clarifications sought from time to time.”

Last year, while Mandela’s health was in decline, his family was involved in a number of high-profile disputes.

Some members sought to dislodge Bizos and other directors of two companies whose proceeds are supposed to benefit the Mandela family.
Separately, Mandla Mandela, a grandson of the anti-apartheid leader, fell out with family members because he had moved the remains of the
patriarch’s three deceased children to a different gravesite. A court order forced him to return the remains to Qunu, where Nelson Mandela grew
up and where he was buried Dec. 15.