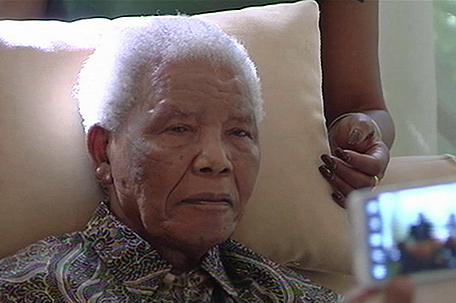 FILE – In this file photo taken from video, the ailing anti-apartheid icon Nelson Madela is filmed Monday April 29, 2013, more than three weeks after being released from hospital. Mandela was taken to a hospital Saturday, June 8, 2013 to be treated for a recurrence of a lung infection and is in “serious but stable” condition, the president’s office said. (AP Photo/SABC TV) SOUTH AFRICA OUT