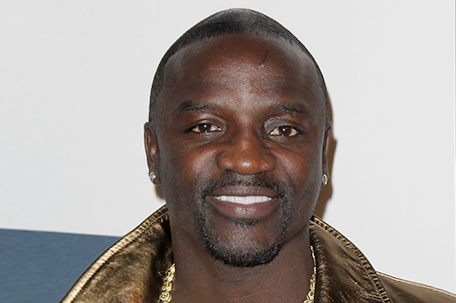 Akon knows poverty. Growing up in a Senegal, his family had no electricity or running water. So when the 43-year-old singer became chart-topping superstar, he vowed to give back to his country. And he did just that.

In an interview with DJ Vlad, Akon talks about how he secured a $1 billion Chinese credit line to help deliver electricity to 16 million African homes with his privately funded solar company.

“Without electricity, you can’t even begin to develop a country, let alone your own home,” said Akon.

He also talks about how in terms of mobile content, Africa is actually ahead of the game. The singer explains how African countries skipped landlines and went straight to mobile technology. As a result, Akon says countries in Africa have access to apps that aren’t even in America yet. To that end, his future creative endeavors in film and music are all being serviced for a mobile platform.

“Africa, when it comes to technology is probably more advanced, but they don’t have an infrastructure,” Akon explains. “Everything in Africa is mobile-based. We completely skipped landlines and desktops, we leapfrogged into today’s newest technologies. We have programs on our phones in Africa that you don’t have access to in America or Europe.”

In the end, Akon always wanted his music to be a conduit for his humanitarian goals.

“I always felt that music was always that vehicle in life that God wanted me to become,” he said. “I never thought in my wildest dreams that I would be involved in energy.”