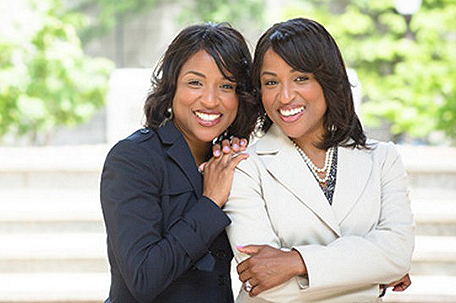 According to AL.com, both of these women graduated from Alabama State University and went on to graduate law school at Louisiana State University. Both became prosecutors, with Owens working in Birmingham and Grant in  Atlanta.

So, it seemed almost like fate that, since Owens has been a district court judge since 2008, Grant would soon follow, and Alabama Gov. Robert Bentley appointed Grant on Friday to fill the seat of Jack Lowther.

“Ms. Grant is highly qualified, motivated and prepared to be a district judge,” according to a statement from Jennifer Ardis, communications director for Bentley.  “The governor’s office found out about her twin sister during the interview process. Public service seems to be a trait that runs in her family.”

“I’m just overwhelmed, overjoyed. … I think this is a wonderful opportunity to serve the citizens of this county,” Grant told AL.com.

Her sister was thrilled as well, saying, “I’m really elated … I’m excited for her. We’re grateful to God and grateful to the Governor.”