Serena Williams champions issues on, and off, tennis court 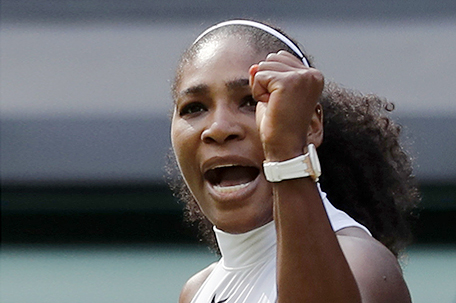 Moments after Serena Williams won her seventh Wimbledon title, she proudly raised her fist in a Black power salute.

It caused a bit of frenzy at the All-England Club in 2016, but Williams’ action shouldn’t have surprised anyone: She’d already been one of the most vocal supporters of the Black Lives Matter movement. She was one of the first major athletes to decry the failure to indict a White officer in the death of unarmed Black teenager Michael Brown in Ferguson, Missouri — while also condemning violence against police.

“What caused me to speak out? Just life,” Williams said. “That’s just who I am. I always believe in the greater good and doing what’s right.”

Williams isn’t alone in her activism. Female athletes — especially Black women — have long been out there pushing for social change. Wilma Rudolph’s victory parade celebrating her three gold medals from the 1960 Olympics in Rome was the first integrated event in Clarksville, Tennessee.

But despite their efforts on the field and off, women athletes have to struggle to get the same attention as men despite having as much to say, said Harry Edwards, a scholar of race and sports who has worked as a consultant for several U.S. pro teams.

“We have this twisted, almost-demented obsession with women’s second-class status with their physical inferiority,” he said. “It prevents us from appreciating the great athletes that they are … but it also means that it shuts down a potential forum that these great athletes would have where they’re valued for their athletic prowess in the same way that Muhammad Ali was, that Bill Russell was, that Tommy Smith and John Carlos were, that Arthur Ashe was, that Curt Flood was, so that when they speak, people listen.”

While Williams has long been an advocate of Black Lives Matter, it was only after former NFL quarterback Colin Kaepernick took a knee during the 2016 season that the country really began to pay attention to Black athlete activism. Kaepernick added his voice to a growing national movement, enveloping the entire league and starting an ongoing conversation that ventured outside football arenas.

Similarly, few people acknowledge that after the 2016 deaths of Philando Castile, Alton Sterling and the killing of Dallas police officers, dozens of WNBA players wore shirts with the men’s names and kneeled for the national anthem.

It was a Black woman, Knox College basketball player Ariyana Smith, who started the wave of athletic protest about the deaths of Black men at the hands of police.

On Nov. 29, 2014, Smith made the “hands up, don’t shoot” gesture during the national anthem before a game at Fontbonne University in Clayton, Missouri, before walking toward the American flag and lying prone on the floor for 4 1/2 minutes to symbolize the 4 ½ hours Brown lay in the streets of nearby Ferguson.

“We as Black women are often invisible, so we don’t get that credit,” said Akilah Francique, a former athlete who co founded the Sista to Sista program to foster a sense of connectedness among Black female collegiate athletes.

Williams has been a presence on and off the tennis court, not shying away from opponents en route to winning 23 Grand Slam titles or social and political issues.

She spoke up in 2015, encouraging Black Lives Matter activists not to get discouraged: “To those of you involved in equality movements like Black Lives Matter, I say this: Keep it up. Don’t let those trolls stop you. We’ve been through so much for so many centuries, and we shall overcome this too,” she wrote in Wired magazine. 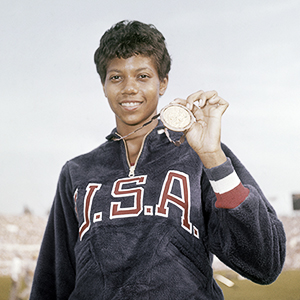 Since then, Williams has become the symbol for other causes affecting people of color, including medical issues. In February, she told “Vogue” that she dealt with a medical scare after the birth of her daughter. She had to insist on getting extra medical tests, overruling her nurse, before her doctors discovered several small blood clots in her lungs.

Women around the country related to her story, talking about similar difficulties in getting proper medical attention.

Female-led activism can also look different than men’s, Francique said, because of the unique positions and pressures women face in sports and in life. She pointed to the criticism Black women athletes have to overcome about their body shapes, training regimens, skin color, clothing and even hair when they compete in sports — criticism that Williams has endured.

“For many of them just by merely being there and having a presence is activism,” Francique said.

Williams’ older sister, Venus, who has advocated for equal pay for professional tennis while winning seven Grand Slam titles, believes it is important to have a voice on these issues.

“I think more than anything, we see ourselves as Americans, and that’s what we want to be able to see ourselves as, regardless of color,” said Venus Williams. “I think that’s what everyone is fighting for, that one day we don’t have to see that anymore.”