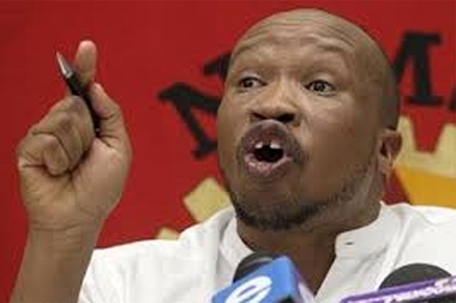 Union officials at a national bargaining conference in Pretoria had troubling news for workers hoping to get better pay and working conditions in the coming year.

“We cannot lie forever,” said Andrew Chirwa of the National Union of Metalworkers (Numsa). “In 1994, we said South Africa will be a better place to live and unemployment will be halved in 10 years. What have we achieved in this regard?”

“We are not moving forward,” he said, answering his own question. “Instead we are worse than 10 years ago. “Not only is unemployment increasing, poverty deepening and inequalities widening”, added Numsa deputy Karl Cloete, “but the wage gap between white workers and their African counterparts is four to one.”

“It will take 520 years for Africans to earn the same salary as the Whites.”

“You must pursue the struggle for a living wage,” Cloete told the membership. ”You must pursue proper, negotiated and beneficial agreements to workers,” adding that Numsa had a huge task ahead to recruit the 71 percent of workers who did not belong to any union.

Currently, the ANC is in talks with its labor allies to set a minimum wage as it faces its toughest election on May 7 since taking power in 1994. Dissatisfaction with a 24 percent jobless rate and a lack of housing, water and other basic services in poor townships has been mounting. In December, Numsa voted to withhold support for the ANC and deny it funding for its campaign. The union fears plans are afoot to expel them from the trade union umbrella Cosatu and set up another, more compliant, metalworkers’ union.

General Secretary Irwin Jim, in a 15-page media statement explaining the rejection of the ANC said it “no longer serves any revolutionary purpose”, and “the union does not believe any of the bourgeoisie political parties are going to deliver anything”.

Recent internal polls give the African National Congress at most 45 percent of electoral support in Gauteng, the country’s economic hub. This would be a sharp decline from the 64.4 percent the party won in the 2009 general elections.