Remembering Walter Francis White: The man who pretended to be white in order to infiltrate the KKK and expose lynching 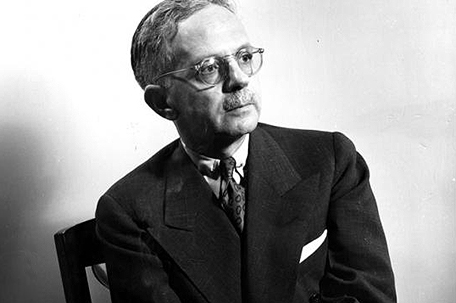 Walter Francis White was a leading civil rights advocate of the first half of the 20th century. As executive secretary of the National Association for the Advancement of Colored People (NAACP) from 1931 to 1955, he was one of the major architects of the modern African American freedom struggle.White, whose blond hair and blue eyes belied his African American ancestry, was born in Atlanta on July 1, 1893, the fourth of seven children. His parents, George W. White, a graduate of Atlanta University and a postal worker, and Madeline Harrison White, a Clark University graduate and school teacher, were solidly middle class at the time when the vast majority of Atlanta blacks were working class.Walter White graduated from Atlanta University in 1916 and one year later helped establish the Atlanta branch of the NAACP after briefly working as an insurance agent. In 1918, at the invitation of James Weldon Johnson, the NAACP’s executive director, White moved to New York City and became the assistant secretary for the national organization.

White’s first major racial justice campaign effort in the national NAACP office came when he persuaded the Association to oppose the Atlanta Board of Education’s decision to eliminate 7th grade for African American students as part of an effort to finance a new high school for white students. Between 1918 and 1931, White built a national reputation both within and beyond NAACP circles. He authored a number of books, including “Rope and Faggot: A Biography of Judge Lynch (1929),” which became a major expose of lynching in the U.S.At great personal risk, White used his fair skin, blue eyes, and other “white” features, to successfully infiltrate the Ku Klux Klan and other white supremacist organizations. His clandestine surveys of these groups and their activities gave the NAACP first-hand knowledge of at least 40 murders of black people.

By 1931, White had become executive secretary, the highest position in the association. During his tenure, the NAACP led the fight for anti-lynching legislation, and initiated trailblazing legal battles to eliminate all-white primaries, poll taxes and de jure segregation.

Working with labor leader A. Philip Randolph, White in 1941 helped persuade President Franklin D. Roosevelt to issue Executive Order 8802 which prohibited racial discrimination in defense industries and established the Fair Employment Practices Commission (FEPC), the first Federal agency to monitor compliance with anti-discrimination measures.Although White devoted most of his attention to African American issues, he also participated in anti-racism efforts around the world. He was a delegate to the Second Pan-African Congress in 1921, a member of the Advisory Council for the Government of the Virgin Islands in 1934-35, and an advisor to the United States delegation to the founding conference of the United Nations in 1945 and the 1948 General Assembly in Paris. White’s 1945 book A Rising Wind helped inspire President Harry Truman to desegregate the military in 1948. Truman also appointed the first presidential committee on civil rights later that year at the urging of White. The group’s statement in 1948 emerged as the basis of the Democratic Party’s platform plank on civil rights in 1948, and according to many historians, established the commitment of that national party to racial equality.

Walter White served as the NAACP’s executive secretary until his death on March 21, 1955. White was 65. He was succeeded as executive director by Roy Wilkins.