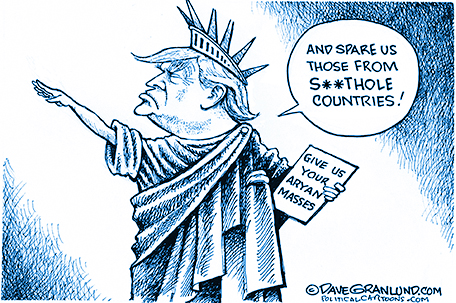 Pence tells The Associated Press in an interview in Jerusalem that he “knows the president’s heart.”

He says Trump is determined to implement a merit-based system that encourages immigration by those who will “contribute to a growing American economy and thriving communities” and one that does not take into account the immigrants’ “race or creed.”

Pence made the comments during an interview Monday while on a four-day tour of the Middle East.