New questions about whether African child soldiers secured U. S. bases in Iraq 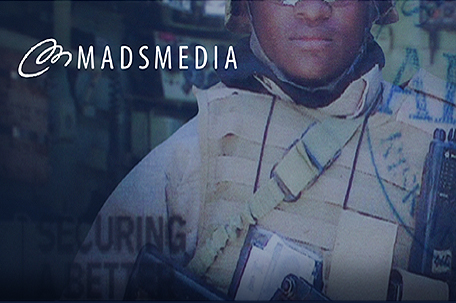 Aegis Defense Service, a UK firm, may have recruited former child soldiers from Sierra Leone to provide security for U.S. bases in Iraq, according to a new TV documentary to premiere next week in Denmark.

The film – The Child Soldiers’ New Job – includes testimony from interviewees who said they once served as child soldiers, and documents their employment with Aegis.

A former top officer at Aegis between 2005 and 2015, says that contractors had a duty to recruit from countries such as Sierra Leone, “where there’s high unemployment and a decent workforce”, in order to reduce costs for the American presence in Iraq.

The officer, James Ellery, a former brigadier in the British army, told the UK’s Guardian newspaper, that his company enlisted Africans regardless of their history as child soldiers.

Aegis hired some 2,500 mercenaries for as little as $16 a day in order to fulfil contracts to guard U.S. military bases from 2004 onwards, according to the film.

“When war gets outsourced, then the companies try to find the cheapest soldiers globally. Turns out that this means former child soldiers from Sierra Leone. I think it is important that we in the west are aware of the consequences of the privatization of war,” the filmmaker Mads Ellesøe said.

Ellery previously served as chief of staff to the UN’s mission in Sierra Leone at the time when the organization was demobilizing thousands of former child soldiers.

The film is sure to raise controversy over the use of private security firms, who received nearly $100 billion dollars in U.S. contracts, hiring Africans already traumatized by wars in their own countries.

Aegis, now run by a Canadian firm, told The Guardian: “Aegis takes issues pertinent to our industry, such as post-traumatic stress very seriously, and has worked closely with experts in the field to develop and implement procedures for the management of trauma risk.”

An English-language trailer for the film can be seen at http://www.madsmedia.dk/childsoldier.