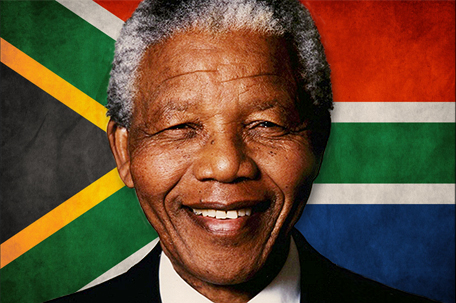 JOHANNESBURG — Nelson Mandela, who became one of the world’s most beloved statesmen and a colossus of the 20th century when he emerged from 27 years in
prison to negotiate an end to white minority rule in South Africa, has died. He was 95.

His death closed the final chapter in South Africa’s struggle to cast off apartheid, leaving the world with indelible memories of a man of astonishing
grace and good humor. Rock concerts celebrated his birthday. Hollywood stars glorified him on screen. And his regal bearing, graying hair and raspy voice
made him instantly recognizable across the globe.

As South Africa’s first black president, the ex-boxer, lawyer and prisoner No. 46664 paved the way to racial reconciliation with well-chosen gestures of
forgiveness. He lunched with the prosecutor who sent him to jail, sang the apartheid-era Afrikaans anthem at his inauguration, and traveled hundreds of
miles to have tea with the widow of Hendrik Verwoerd, the prime minister at the time he was imprisoned.

His most memorable gesture came when he strode onto the field before the 1995 Rugby World Cup final in Johannesburg. When he came on the field in South
African colors to congratulate the victorious South African team, he brought the overwhelmingly white crowd of 63,000 to its feet, chanting “Nelson!
Nelson! Nelson!”

For he had marched headlong into a bastion of white Afrikanerdom — the temple of South African rugby — and made its followers feel they belonged in the new
South Africa.

At the same time, Mandela was himself uneasy with the idea of being an icon and he did not escape criticism as an individual and a politician, though much
of it was muted by his status as a unassailable symbol of decency and principle. As president, he failed to craft a lasting formula for overcoming South
Africa’s biggest post-apartheid problems, including one of the world’s widest gaps between rich and poor. In his writings, he pondered the heavy cost to
his family of his decision to devote himself to the struggle against apartheid.

He had been convicted of treason and sentenced to life imprisonment in 1964 for leading a campaign of sabotage against the government, and sent to the
notorious Robben Island prison. It was forbidden to quote him or publish his photo, yet he and other jailed members of his banned African National Congress
were able to smuggle out messages of guidance to the anti-apartheid crusade.

As time passed — the “long, lonely, wasted years,” as he termed them — international awareness of apartheid grew more acute. By the time Mandela turned 70
he was the world’s most famous political prisoner. Such were his mental reserves, though, that he turned down conditional offers of freedom from his
apartheid jailers and even found a way to benefit from confinement.

[Next week the SUN will remember Nelson Mandela with a special edition commemorating his life.]