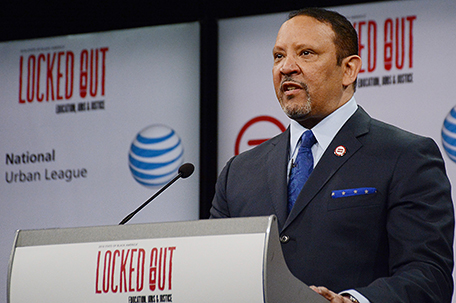 America’s state and federal prisons house at least 1.6 million mostly Black and Latino inmates who come from families and communities in cities around the nation.

Yet, the U. S. Census Bureau counts those prisoners as residents of the cities where that correctional facility is located instead of residents of the home cities, where many of them will return. This phenomenon that some call “prison gerrymandering”, could severely damage local budgets and skew critical data needed by policymakers to make decisions, says Marc Morial, National Urban League President/CEO and former chair of the 2010 Census Advisory Committee.

Morial is leading a campaign to end the Census Bureau’s Residence Criteria and Situations Rules that could cause the same misleading counts in 2020.

“In 2009, when I was appointed chair of the Committee, much of the underlying policies and decisions had already been locked in as decennial plans are solidified a few years prior to beginning the actual Census. Despite this, in our Committee meetings, members raised many issues, including the Residence Criteria and Residence Situations Rule,” Morial wrote in a Sept. 30 letter to U. S. Census Bureau Director John H. Thompson. “We had many discussions about the erroneous manner in which the Bureau applied this rule to count incarcerated persons at the prison of the confinement instead as part of their home community.”

Morial concluded, “After much deliberation, Bureau staff assured us that this would change for the 2020 Census. Yet, here we are with a proposal that will instead continue the very prison gerrymandering system that we opposed.”

Morial plans to meet with Thompson during which he will discuss his concerns as well as the concerns of other civil rights leaders after seeing that the same criteria have shown up again for the 2020 Census rules released on June 30, 2016.

It explains that the count of inmates in prisons where they live results in “policy, politics economics and demographic trends” that give a “distorted picture of this nation’s economic and social health.”

It also tells how the proposed rule “undermines the constitutional guarantee of ‘one person, one vote’” by “diluting the representational equity of a prisoner’s home community.”

The leaders argue that it is unfair to allow the location of the prison to receive the benefits of the Census count because “a local governing body cannot represent inmates nor can they affect them with local regulations. Inmates are literally not a part of that community in any manner absent their forced physical location.”

The economic disparity is equality important, the Sept. 1 letter states. It quotes a 2014 article form the Annual Review of Sociology regarding incarceration, prison reentry.

“Though almost all communities are touched to some degree by prisoner reentry, poor urban communities bear a disproportionate share of the burden, both in terms of prison admissions and releases,” the article states. “As a result, the criminal justice system now touches nearly as many people in poor communities as the education system or the labor market.”

NUL, NAACP, NAN, and NCBCP are America’s premiere Black organizations representing civil, voting and economic justice. The joint letter no doubt carries an implication that if the rules are not changed, mass protest could follow.

“The goal of the Census Bureau is to provide the best mix of timeliness, relevancy, quality and cost for the data it collects and services it provides. Additionally, the decennial census is supposed to tell us who we are and where we are going as a nation. Therefore, it should be axiomatic that the decennial census would count inmates as part of their home community. The Bureau must reconsider its proposed 2020 Census Residence Criteria and Residence Situations Rule,” the letter states. “We strongly urge the Bureau to change the ‘usual residence,’ rule. The 2020 Census must not disenfranchise almost 1.6 million American residents. An accurate representational count is the only way to ensure that all who use Census data will have the requisite statistics to undergird effective public policy.”