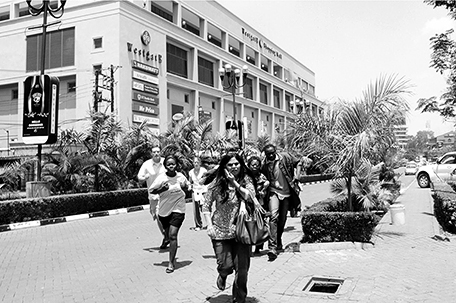 The mall has been extensively refurbished since the devastating four-day siege.

The violence erupted on Sept. 21, 2013 when four Islamic militants entered the mall and fired on shoppers. Kenyan police and army responded but the gunmen held the building for four days. The four attackers are believed to have died from smoke inhalation from a fire that collapsed a central roof. The mall was left in shambles, with bullet-scarred walls, shattered windows, flooded floors and bloodstains. Kenyan army soldiers were also accused of looting shops.

But Kenya has rebounded from the violence, said Nairobi Governor Evans Kidero, who toured the mall on Tuesday.

“The indomitable Kenyan spirit prevailed, they didn’t break our spirit,” Kidero said. Every business that had a shop in the mall is back, Kidero said.

Nairobi is safe and President Barack Obama’s visit to the country later this month is testimony to Kenya’s security, said Kidero who urged shoppers to turn out Saturday for the re-opening.

One of those returning will be Charlse Kimondo, a worker at the Nakumatt Supermarket in the mall. On the day of the attack he was in the storeroom when he heard gunshots accompanied by screams. He escaped but was shocked by the bloodbath. Numerous counselling sessions helped him get over the ordeal and return to work.

Al-Shabab said the Westgate attack was in retaliation for Kenya sending troops to Somalia in 2011 to fight the Islamic extremist rebels. Kenya sent its forces in after cross-border attacks by al-Shabab.