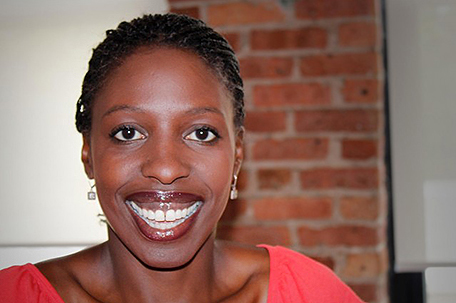 Carter has over 20 years of experience in television which includes working as a supervising producer for “The Oprah Winfrey Show” and producing at BET. In August of 2015, she joined “The View’s” team as interim showrunner and to her surprise, only 5 months later, she has been promoted to this esteemed position.

“It’s an honor to be part of the extraordinary legacy built by Barbara Walters, the exceptional, funny and smart women at the table led by Whoopi Goldberg, and a terrific team behind the scenes,” Carter said. “Every day is a thrill.”

As far as any details of what is to come in the 20th season, nothing has been said as of yet. According to Variety, many of the co-hosts signed on year contracts that could be extended but we might see new hosts all together. Only time will tell but in this moment let us celebrate! Congratulations Candi Carter!