Many sick in US Ebola patient’s Liberia hometown 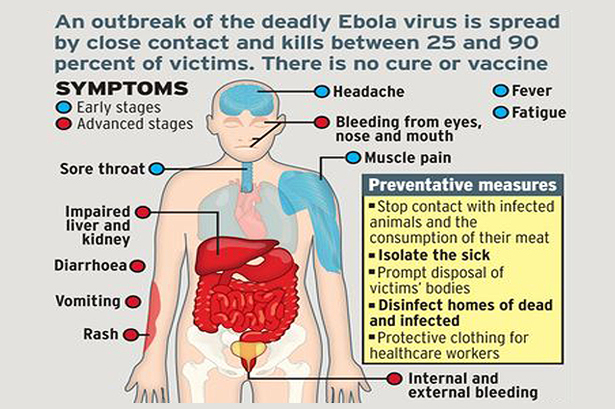 MONROVIA, Liberia — Thomas Eric Duncan rushed to help his 19-year-old neighbor when she began convulsing days after complaining of stomach pain. Everyone assumed her illness was related to her being seven months pregnant.

When no ambulance came, Duncan, Marthalene Williams’ parents and several others lifted her into a taxi, and Duncan rode in the front seat as the cab took Williams to the hospital. She later died.

Within weeks, everyone who helped Williams that day was either sick or dead, too – victims of Ebola, the virus that is ravaging Liberia’s capital and other parts of West Africa, with more than 3,300 deaths reported.

The disease is spread through direct contact with saliva, sweat, blood and other bodily fluids, and all those who fell ill after helping Williams had touched her. She turned out to have Ebola.

Duncan is now hospitalized in an isolation ward in Texas after falling sick with Ebola following his arrival last month on a family visit. He has become a symbol of how the lethal disease could spread within the U.S.

Here in Liberia, however, he is just another neighbor infected by a virus that is devastating the cluster of tin-roof homes along 72nd SKD Boulevard where Williams lived.

“My pa and four other people took her to the car. Duncan was in the front seat with the driver, and the others were in the back seat with her,” recounted her 15-year-old cousin Angela Garway, standing in the courtyard between the homes where they all lived. “He was a good person.”

On an airport screening questionnaire obtained by The Associated Press, Duncan said that he hadn’t come into contact with an Ebola patient. However, it is not clear whether he had learned of Williams’ diagnosis before traveling.

In the neighborhood where Williams lived, some people were no longer willing to take any risks Thursday, not after seeing what happened to those who showed compassion for the pregnant woman.

As 9-year-old Mercy Kennedy sobbed along with neighbors mourning news of her mother’s death, not a person would touch the little girl to comfort her.

Mercy’s mother had helped to wash the pregnant woman’s clothes, and had touched her body after she died at home when no hospital could find space for her, neighbors said.

On Thursday, little Mercy walked around in a daze in a torn nightgown and flip-flops, pulling up the fabric to wipe her tears as a group of workers from the neighborhood task force followed the sound of wailing through the thick grove of banana trees and corn plants.

“We love you so dearly, yeah,” one man wearing rubber gloves told her from a safe distance. “We want to take care of you. Have you been playing with your friends here?”

With Mercy’s mother dead, neighbors fear it is only a matter of time before she, too, shows signs of the virus, and they want to know which other children may have come into contact with her while she was fetching water.

Pewu Wolobah, a member of the neighborhood anti-Ebola task force, lamented that even as Americans try to trace all of Duncan’s contacts there, the virus is spreading through Duncan’s old neighborhood faster than anyone can keep track.

The aunt of the pregnant victim died on Wednesday after collapsing in her house next door to the Williams home. Her 15-year-old daughter Angela is left behind, along with the pregnant woman’s three younger siblings – Ezo Williams, 16, Tete Williams, 12, and Stanley Williams, 3 – and the family dog.

Their parents left Thursday morning for an Ebola treatment center. As word spread that they, too, took a taxi, the health workers expressed alarm.

“Does anybody know the taxi number or the license plate?” one man called into the crowd. “We need to find this vehicle!”

All the cases, including Duncan’s, appear to have started with Williams, though some wondered how a pregnant woman who stayed at home could have contracted Ebola. Maybe it was her boyfriend, who hasn’t been seen in weeks, they said. Or could it have been her close friend known as Baby D, who has since died herself?

The tragedy of Williams’ death could grow larger still: Neighbors and relatives said more than 100 people came to a wake for her. No one could say for sure how many people may have touched the body.

“We had a lot of people come from a great distance to sympathize with her family,” said Joseph Dolo from the anti-Ebola task force. “She had a lot of friends.”