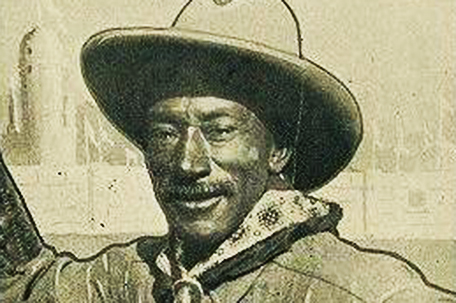 The cowboy remains one of the most popular figures in American culture. Whether chasing bad guys or herding cattle or sitting around the campfire, the cowboy has been immortalized in countless movies, books and television shows. However, he is seldom seen as African American.

Despite the lack of Black images, men of color did in fact handle cattle, tame horses, work ranches, encounter outlaws and star in rodeos. It’s estimated that anywhere from 5,000 to 8,000 Black cowboys were part of the legendary cattle drives of the 1800s.

According to the Handbook of Texas, Black cowboys have been a part of Lone Star State history since the early nineteenth century. Many were born into slavery, and brought to cattle country by white landowners. They continued to work in ranching after emancipation, and thousands eventually rode the cattle trails headed north.

Black cowboys were familiar with bigotry, but some found that they experienced less discrimination on the open range, as cowboys depended on each other regardless of their ethnicity.

There are more facts about Black cowboys. 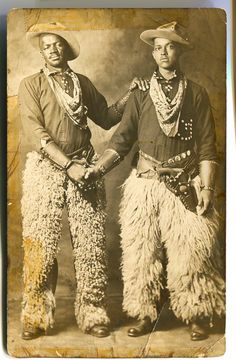 Some Black cowboys developed their skills in Africa, not America. Slaves from countries such as Ghana and Gambia were already experienced in managing large herds of cattle and plantation owners considered their abilities with animals highly desirable.

During the Civil War, some Texas ranchers who fought with the Confederacy left their slaves behind to maintain their ranches, giving Black cowboys more opportunities to hone their skills.

Following the Civil War, the cattle industry became a larger part of the Texas economy as a profitable market for beef developed in northern cities. As more Texans began to raise cattle, more cowboys were needed.

Cowboys led an unglamorous life, earning an average of one dollar plus food and a bed in a bunkhouse. According to Encyclopedia Britannica, their schedule included rounding up cattle in the fall and watching over the herd in the winter. In the spring, they selected cattle ready for market and began drives often hundreds of miles long.

Eight to 12 cowboys – two or three of them possibly Black – could manage a herd of about 2,500 head of cattle. In addition to the cowboys, the crew ususally consisted of a trail chief, horse wrangler and a cook.

Life on the range could be grueling and Blacks often worked harder to prove themselves. In “Black Cowboys,” author Bennie J. McRae Jr. says, “The Black cowboy’s life was hard, tedious, and lonely with very few luxuries.” Those who worked as horse wranglers might find themselves caring for 50 horses. Older cowboys often became cooks and doubled as doctors for ailing colleagues.

Legendary cowboy Nat Love summed up a cowboy’s life when he said, “There a man’s work was to be done, and a man’s life to be lived, and when death was to be met, he met it like a man.”

Numerous African-American men made names for themselves as cowboys. They included: 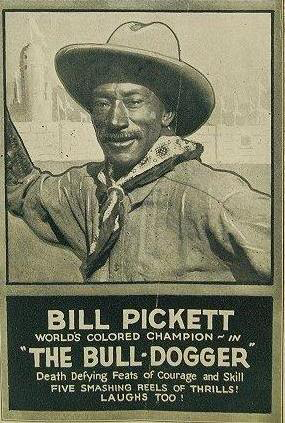 Bill Pickett – Born in 1870 near Taylor, Pickett was one of 13 children. He worked as a ranch hand at a young age and went on to excel as a cowboy. He invented “bulldogging,” and became a star at Wild West shows. Pickett died in 1932. In 1971, he became the first African American inducted into the Rodeo Hall of Fame.

Nat Love – Born a slave on a Tennessee plantation in 1854, Love eventually became a cowboy in Dodge City and the Texas Panhandle. He possessed excellent horse-riding and shooting skills. In 1876, after winning several contests at a Deadwood, S.D., rodeo, he was given the nickname “Deadwood Dick.” In 1907, he wrote an autobiography titled, “Life and Adventures of Nat Love.” He died in 1921.

Bose Ikard – Born a slave in Mississippi in 1847, Ikard was brought to Texas when he was five. Growing up, he learned to rope and ride. He later rode with such well-known cattlemen as Charles Goodnight and John Chisum. Ikard inspired the character portrayed by Danny Glover in Lonesome Dove. He died in 1829.

Addison Jones – Uncertainty surrounds Jones’ exact birthplace and birth date, but he was born around 1845 in Gonzales or Hays County. An experienced range boss, he was skilled at roping and breaking horses, and described as “the most noted Negro cowboy that ever ‘topped off’ a horse.” He died in 1926.