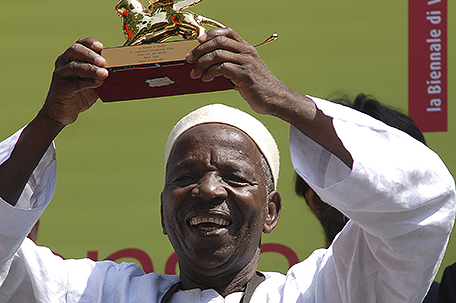 Sidibe worked in jewelry before entering the field of photography in 1955 under Bamako-based French photographer Gerard Guillat. Sidibe’s photographs depicted the night life, music, youth, fashion and culture of the 60s and 70s in Bamako after the country gained independence from France.

Sidibe’s work was exhibited internationally. He was recognized for his photography by the Hasselblad Foundation in 2003, and received the Golden Lion Award for Lifetime Achievement at the Venice Biennale in 2007.

Mali will hold an official ceremony on Saturday to honor Sidibe, his son said. After that, Sidibe’s family will bring his body to the southern Soloba village, where he was born, he said.