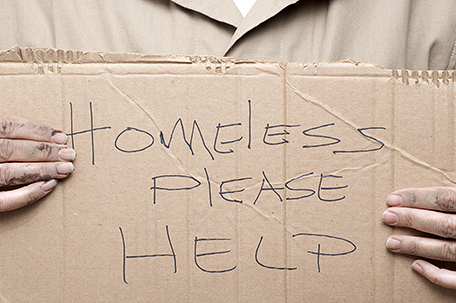 The UK capital, long known across Europe for its compassion for the homeless, has now lost its empathy…

A UK charity and social workers who work with migrants, immigrants and refugees have recently condemned the London Metropolitan Police and homeless charities for targeting foreign homeless people on the capital’s streets.

City police working in concert with the UK Border Agency (UKBA), city councils and the aforementioned charities have launched controversial operations to round up ‘rough sleepers’ in the city–particularly in the tourist destinations around Central London. Many of the homeless have been issued ASBOs (Anti-Social Behavior Orders). In one incident, the police seized the sleeping bags and food from a homeless encampment; others foreigners seeking refuge in London have been issued orders to leave the country.

As UK citizens have access to financial assistance from the government when issues of homelessness arise, the bulk of the city’s current rough sleeper population are foreigners seeking asylum; a great many of them today have arrived from the problem area of Crimea, where issues of autonomy have arisen in the former Soviet Union.

Operation Encompass, one of the city’s round-up campaigns, began during the winter, covering the London boroughs of Camden, Croydon, Islington, Lambeth, Southwark and Westminster, where the Parliament building and Big Ben are located.  Another project targeting the homeless, known as Operation Alabama, has been cleaning out homeless settlements in the London borough of Newham, a middle class enclave in East London.

A representative from the Refugee and Migrant Forum of Essex and London (RAMFEL) has criticized the London city government and the London Metropolitan Police for unlawfully targeting refugees and other destitute people with legitimate political and financial problems.

“Our biggest concern at the moment,” says Rita Chadha, head of RAMFEL, “ is that the mainstream charities are actually pushing people who haven’t got permission to be in the country, and in their attempt to get them off the streets, into the auspices of the Border Agency who will deport them. Many of these people have fled situations in which their lives are at risk—and we don’t think homeless charities should be doing this.”

“The homeless charities should be there to help people,” says Yamashita.”They don’t understand enough about immigration or the geo-political forces that create these issues for refugees. And they don’t typically know enough about immigration to be medling in it—and meddling in a dangerous way. We think they’re more in tune with furthering the government’s agenda than actually doing the work of protecting a vulnerable population and addressing real concerns.”

The London riots from my side of town