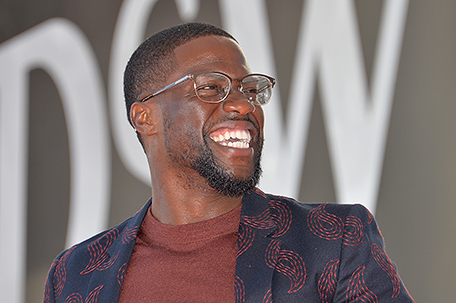 Comedian Kevin Hart is hosting a new special that looks into lesser-known stories about the historical contributions Black people have made to society. “Kevin Hart Presents: The Black Man’s Guide to History” will air on the History Channel and the star has a heavy hand in the development.

Hart won’t just host the two-hour show, he also will serve as executive producer through his Hartbeat Productions, which will team with Comedy Dynamics, A&E Networks announced Friday, Jan. 13.

“Kevin is an extraordinary performer with a real appreciation for history,” Paul Cabana, the History Channel’s executive vice president and head of programming, said in a statement. “Only he could bring these true stories to life in such an entertaining way. We’re thrilled to be working with him.”

“Black Man’s Guide to History” does not have an official premiere date yet — it is only known that it will be released in 2017 — but the plot has been made public. The show begins with Hart’s daughter becoming frustrated that Black History is always only about enslavement and oppression after she watches “12 Years a Slave,” the 2013 Academy Award winner for Best Picture. Hart, however, seeks to change her opinion by educating her about some of the more obscure Black figures in history.

These include people like Henry “Box” Brown, an enslaved Black man who mailed himself to abolitionists in the free state of Philadelphia in 1849, and Black explorer Matthew Henson, who was the first to explore the North Pole but went uncredited. The stories are shown through re-enactments.

“I’m very excited to be working with History on this show because not only is it entertaining and it’s hysterical, but it also is an important program for our country right now,” Hart said in a release. “We hope to make people laugh and learn a bit, too.”