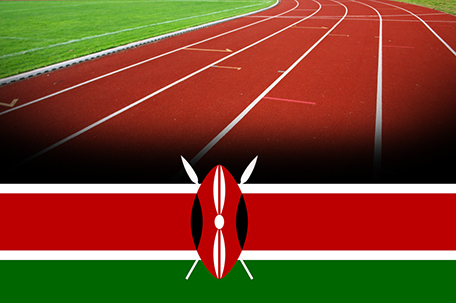 NAIROBI, Kenya— The Kenyan track and field team manager who was sent home from the Olympics after being caught offering to help cover up doping for cash was arrested on arrival at Nairobi’s airport and appeared in court on Tuesday.

Kenyan police and prosecutors are seeking an order to hold Michael Rotich in custody for a week while they investigate, and said they don’t want him to be released because he’s likely to interfere with their investigation.

British newspaper The Sunday Times alleged over the weekend that Rotich asked its undercover reporters, who were posing as coaches for a 10,000 pound ($13,000) payment, to give them and their athletes advance warning of doping tests in a popular high-altitude training region in Kenya. Rotich said he could protect athletes from doping controls because he is a senior track federation official in the region and knew the official doping testers and when they would be targeting athletes, The Sunday Times reported.

The doping testers were not implicated in any wrongdoing.

Rotich was sent home from the Olympics in Rio de Janeiro after the allegations were published, and Kenyan authorities promised to show him “no mercy” in the latest of a series of doping scandals to rock Kenyan track and field over the last four years.

The secretly filmed negotiations with Rotich took place  in January and February, The Sunday Times said, and are part of a larger doping case in Kenya. Three Kenyan men have already been arrested and are facing charges after they allegedly offered to provide the banned blood-booster EPO to undercover reporters in the same region.

The investigation into Rotich, the official who was in charge of Kenya’s star-studded Olympic track team, would take time and involve investigators traveling to a number of towns in the west of the country to contact possible witnesses and record statements, prosecutor Duncan Ondimu said on Tuesday. Rotich’s lawyer asked for him to be released because he was diabetic and because his travel and identity documents had already been confiscated and he wasn’t a flight risk.

Magistrate Christine Njagi said she would rule on the police application on Wednesday.

The Sunday Times report cast even more suspicion on Kenya’s track and field program days ahead of the start of the athletics events at the Rio Olympics on Friday.

In Rio, International Olympic Committee spokesman Mark Adams said the allegations against Rotich were “clearly very serious allegations,” but he also moved to give reassurances that Kenya’s star-studded track team had been heavily tested for doping over the last two years. Adams said the Kenyan team had probably been tested more than any other over those two years.