Guest Editorial: Lest we Forget 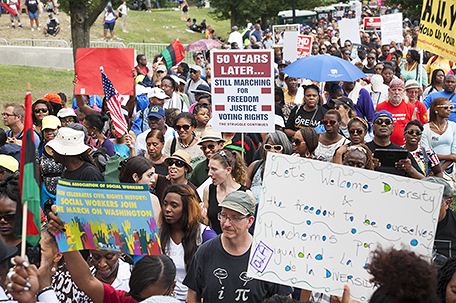 ABOVE PHOTO:  Civil Rights marchers at the 50th Anniversary of the march on Washington and Martin Luther King’s I Have A Dream Speech, August 24, 2013, Lincoln Memorial, Washington, D.C.  (American Spirit / Shutterstock.com)

Malcolm X once said the oppressor will never feel the pain of the oppressed. The question becomes who are the oppressors and who are the oppressed. Black America is in a serious state of crisis.  Despite our best efforts, the general conditions within many Black neighborhoods and our schools continue to deteriorate for way too many Black families and their children.  Blacks continue to lose ground in nearly every category with “positive” demographics decreasing and nearly every “negative” demographic increasing.  This dynamic has created alarming, nearly catastrophic disparities and multiple “risk” factors amongst a large population of the Black community (this is a key issue that gets no traction).  It is clear that the Black community in America is “oppressed” and has been since the enslavement of Black people ending in 1865 after nearly 300 years.  It is also equally clear that the oppressor, at least during slavery (approximately 400 years), has been White people and their White establishment. 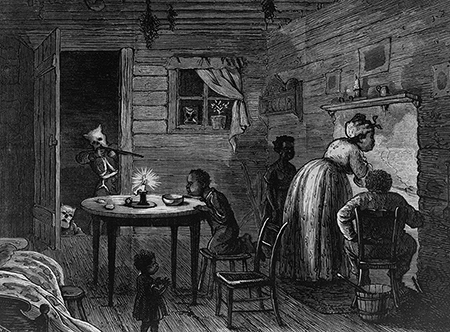 Ku Klux Klansman aiming his rifle into an African American home dramatizes the menace of the Klan in spite Federal laws passed in 1870 and 1871. (Everett Historical / Shutterstock.com)

With the passing of landmark civil rights legislation in the ‘60s and the general racial growth of White people, public displays of outright racism are seldom tolerated at any level any more, but structural racism is alive and well.  While there are no more white slaveowners and the barbaric and criminal chattel enslavement of Black people no longer exists, Black people are still suffering significantly. The American institution of slavery represents one of the saddest commentaries on man’s inhumanity to man in modern history.  As cruel and painful  as chattel slavery was, it was exceeded by the capturing of a people’s mind by imprisoning the motivation, perception, aspiration and identity in a web of anti-self-images, language, art, etc.  Also gone are Jim Crow laws that supported terrorist groups like the Ku Klux Klan and sometimes perpetuated the physical and psychological abuse of Black people for nearly 75 years after slavery.

Today, nearly 50 years after civil rights legislation, the economic conditions and structural poverty for too many Black people threatens every aspect of life that will continue for untold generations.  I contend, like wealth, poverty is inherited and where one  starts in life is extremely important. Black people have never had the opportunity to not only inherit wealth, but to create wealth because they were enslaved and their labor was never compensated.  The Rev. Dr. Martin Luther King, Jr. once said that the worst form of oppression is poverty and by this definition the Black community in America is being oppressed.  The more I study the conditions facing the Black man in America, the more Malcolm X’s quote rings louder and louder in my head “The oppressor will never feel the pain of the oppressed.” But, what do we do?  Do we just give up trying to get people to understand how the current White generations have benefited and are “privileged” as the result of the massive disadvantage (oppression) orchestrated against a whole people.  Does the truth matter anymore?  I can’t believe that the truth will not prevail at the end of the day.  There is a natural disposition to argue the truth with the hope that everyone would come to the same conclusion . 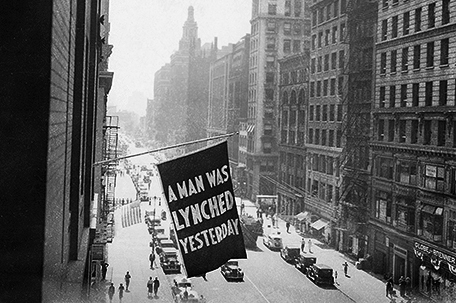 It’s time for the White community to stop denying that this even happened, and to recognize who the oppressors and who the oppressed were. It’s also time that the White community accept the benefit and privilege this has afforded them. I liken the current benefits of slavery to the person who is criminally charged in a theft even though they didn’t “directly”participate (i.e. they didn’t do the actual stealing).  What they did was receive and currently use the stolen property and therefore they are “conspirators” in the crime.  After countless struggles, marches, riots, demonstrations, and the passing of civil and voting rights legislation, Black Americans have entered the new millennium the same way they entered the previous four centuries, impoverished.  Blacks still bear nearly 10 times their proportional share of poverty and all of its nasty derivatives (i.e. broken homes, drug abuse, incarceration, unemployment, etc.).  The redistribution of wealth and power has never been achieved nor has any compensation been given to Blacks for nearly 300 years of free labor, what we really have seen in America is social integration not economic integration. As Claude Anderson said, “It is extremely difficult for Black people to progress when the same hands that held the whip still holds all of the wealth and power.” Maybe this is why the oppressor will never feel the pain of the oppressed.

One must look at the challenges when you argue how the state of the Black man in America is connected to the role that the white ancestors played and the overwhelming “stacking” of deck that confronts most Black people today.  During this period that most white people want to forget or try to downplay, they secured and amassed trillions of dollars in wealth and an economic system that is  second to none in the world that will ensure prosperity for its owners for generations to come.  Whites control nearly 100 percent of America’s wealth (est. $9 Trillion), its values as well as a system that supports the protection and growth of their wealth.  THAT WEALTH, POWER, AND REAL ADVANTAGES HAVE BEEN PASSED DOWN TO THE CURRENT WHITE GENERATION, WHILE BLACKS, FOR THE MOST PART, HAVE INHERITED POVERTY AND A WHOLE HOST OF DISADVANTAGES INLCUDING THOSE THAT ENGROSS AND FINALIZE BLACK INFERIORITY.

Whites must come to understand the economic disadvantage that today’s Blacks have inherited within our capitalistic economy.  I liken this to being in a gun fight with, not only no gun, but the competition is armed with high quality and high powered weaponry.  How can the Black man truly compete in America’s economic race when the competition has been given a 400- year- head start?  I recognize that White people do compete amongst each other and with other groups and this should not be overlooked.  However, this should not be confused with White people being in competition with Black people.” It’s absolutely no contest. White people have a very clear and lopsided advantage.  The American institution of slavery was not only a crime against Africa, Africans, and all of humanity, but when expressed in economic terms, slavery was the largest and most sustained economic windfall the world has ever witnessed. Slavery was the catalyst for a global economy creating wealth beyond anyone’s comprehension. Not only did Americans become extremely wealthy, but nearly all the countries of Europe were direct participants and beneficiaries of free black labor.

Black ownership of the nation’s wealth remains where it was in 1860 near the end of slavery (pre-emancipation) at one half of one percent .  After being free for 150 years, Blacks still only own one half of one percent  of the nation’s wealth.  Why is this? Wealth inheritance is the passing of past benefits and gains from previous generations and ultimately passed to future generations.  Currently, nearly 90 percent of all of the nation’s wealth was passed from one generation to another, this wealth is forever locked up in things such as stocks, bonds, land, business, trust accounts, endowments, and foundations. While not all white people are rich, there is a massive disparity between the net assets of the average white family versus the average Black family ($100k+ vs $6-8k).  This plays out in education opportunities, housing and neighborhood selection, capitalization of entrepreneurial aspirations, and a genuine ability for self-determination for Black people.

When I was developing market rate housing that went for as much as $1 million a home, White buyers had few limitations and were making large deposits or in some cases buying the homes outright. I’ve only known one Black person who could do this.  In making inquiries to very successful white businessmen on how they became successful, all of them, even those who were born poor,  had a friend or family member that made a substantial start-up investment, and in some cases invested in them several times until they got it right. Millions of dollars were lost in the process, but because the people who provided this capital were able to be patient and wait for their return on investment, these entrepreneurs were not only able to succeed, they were able to expand. I know of no one Black who could afford to be that patient. Not having access to capital has had devastating ramifications on the Black Community because it stops us from doing all we can.

Unless Blacks break this cycle, we are in danger of becoming a permanent underclass trapped in poverty. Despite the Supreme Court ruling of  Brown vs Board of Education occuring  60 years ago, a good education isn’t guaranteed to African Americans. While the ruliing said that  “separate but equal” was unconstitutional, Blacks continue to fight for equity in education. Black students lag behind in every key educational indicator and the the current failing public school system will dictate that these numbers will either remain the same or worsen. With the majority of Black people living in sub-standard neighborhoods where real estate values are either stagnate or in decline, it’s financially impossible for  a public education system mostly funded by property taxes to improve.

According to the U.S. Department of Education in 2009-2010 school years, there were nearly 8.2 million Blacks attending public schools and approximately 400,000 attend private school (nearly 80 percent attending religious schools with the majority Catholic Schools). What’s most astonishing is that nearly 77 percent of all Black students attended predominantly black schools in urban areas while nearly 30 percent of white students left public schools altogether. The most glaring academic disparities are those concerning Black boys, ensuring the viability of the school-to-prison pipeline. .  Given the struggles that Blacks have had in this country from the beginning, you would’ve thought that at least one commitment would be fulfilled for Black people, equitable schools.  Lest we forget.

In my next piece, we’ll explore more of the  legacy of slavery, how its fundamentally crippled the Black community, and White privilege.

[Part two of ‘Lest we Forget’ in next week’s issue]