Guest Commentary: Why African-Americans should care about Aleppo 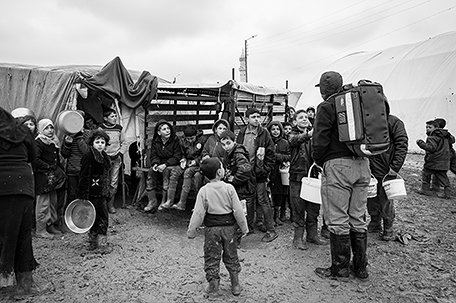 ABOVE PHOTO:  Syria. Refugee camp near the village A’zaz in 2014, 60 kilometers from Aleppo in Syria close the border with Turkey in Kilis.   (Slawomir Kowalewski / Shutterstock.com) 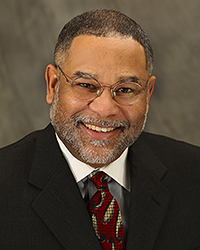 “If we are to have peace on earth, our loyalties must become ecumenical rather than sectional. Our loyalties must transcend our race, our tribe, our class, and our nation; and this means we must develop a world perspective… It really boils down to this: that all life is interrelated. We are all caught in an inescapable network of mutuality, tied into a single garment of destiny. Whatever affects one directly, affects all indirectly. We are made to live together because of the interrelated structure of reality.”

First, some background and context. Aleppo is a city in Syria.  Syria, officially known as the Syrian Arab Republic, is a country in Western Asia, bordering Lebanon and the Mediterranean Sea to the west, Turkey to the north, Iraq to the east, Jordan to the south, and Israel to the southwest.

For centuries Aleppo was the largest city in Syria; the third largest in the Ottoman Empire after Constantinople and Cairo.  According to the BBC, “Aleppo– or “Halab” in Arabic– is one of world’s oldest continually inhabited cities, being mentioned in Egyptian texts from the 20th century BC.”

The president of Syria is Bashar al-Assad.  He was elected president when he ran unopposed after the death of his father, the previous president, Hafez al-Assad died in June of 2000.  It is important to know that al-Assad is an Alawite Shia Muslim.  This community is a minority faction in Syria.

Syria is an ally with Russia.  Their relationship goes as far back as 1947.  Syria sided with the USSR against the United States during the Cold War. In 1971, former president Hafez al-Assad allowed the USSR to open a naval base in Tartus.  This base provides Russia a stable presence from which to operate in the Middle East and is Russia’s only naval facility in the Mediterranean region and its only remaining military facility outside the former USSR.  Obviously, this naval base and the relationship with Syria are very important to Russia and its president Vladimir Putin. President Putin is also concerned that Chechen rebels who are fighting in Syria will return to Russia and threaten him.  Syria is also aligned with Iran, as well as Lebanon’s Iranian-backed Hezbollah militant group.

The relationships in this region are very complex.  They not only involve nations, but religions and ethnic groups as well.  Suffice it to say, just from the perspective of the national governments involved, with the United States being allied with Israel, any conflict involving Syria will become a proxy conflict between The United States and Russia. President Putin is using Syria as a way to demonstrate to the world that, contrary to President Barack Obama’s belief, Russia is a little more than just a “regional power”.  Russia is a major player in the Middle East.

Bashar’s father Hafez ran a very tightly controlled and repressive government.  As a minority Alawite Shia, he needed the support of a loyal and repressive military and business interests to stay in power.  When Bashar came to power, he implemented a brief period of change.  He eased restrictions on the press, released some political prisoners and tolerated a small amount of political debate.

As the Arab Spring in Tunisia and Egypt spread to Syria, President Bashar al-Assad reversed course and ordered his military and police forces to crush the Sunni- dominated dissent.  This has led to what we now know as the Syrian Civil War.

The Syrian Civil War has also become tried to the battle with Islamic State In Libya, the Kurd’s fight for autonomy in Turkey and other struggles in the region.  As stated above, the relationships in this region are very complex.  They not only involve nations, but religions and ethnic groups as well.

Why should African- Americans care? The fear of an Alawite minority of losing control of a Sunni majority is very similar to the European- American fear of the “browning of America.” According to National Public Radio, “Non-whites now make up a majority of kindergartners; by the next presidential election, the Census Bureau predicts they will be a majority of all children; and by 2044, no one racial group will be a majority of the country.”  White Americans are losing their demographic dominance of America, and many are losing their minds.  Hence, the politics of resentment of an African- American president contributing to the election of a totally inept and unqualified, race baiting, misogynist, narcissistic and xenophobic Donald Trump.

Given this backdrop, why should African-Americans care about Aleppo and the Syrian Civil War?  First because it is a tragedy that all in the human family should be concerned about. The U.N. estimates about 400,000 people have been killed in Aleppo since the battle first started back in March 2011.  More recently, at least 463 civilians, including 62 children, were killed in eastern Aleppo since mid-November, according to data collected by the Syrian Observatory for Human Rights.  According to “I Am Syria” 50,000 children have died as a result of the larger Syrian Civil War.  We must develop a world perspective.

Why should we care?  Dr. King said that war is an enemy of the poor.  In the broader context of the Middle East, according to a report published by Brown University, “US spending on Middle East wars, Homeland Security will reach $4.79 trillion in 2017.” The US can spend trillions in the Middle East and can’t provide potable water to a small town in its Midwest.

According to The Guardian, “The infrastructure fixes to the city’s [Flint, Michigan.] water system over the next several decades [is] at an estimated cost of at least $216m.”  This is a drop in the proverbial bucket [no pun intended] to what America is wasting on wars it created and conflicts that its failed policies are exacerbating. As Dr. King said in “Time to Break Silence”, “Then came the buildup in Vietnam (War on Terror), and I watched this program broken and eviscerated, as if it were some idle political plaything of a society gone mad on war, and I knew that America would never invest the necessary funds or energies in rehabilitation of its poor so long as adventures like Vietnam (War on Terror) continued to draw men and skills and money like some demonic destructive suction tube. “

I should discuss the impact that the Syrian refugee crisis is having around the world, but that will be another article at another time.

As the battle for Aleppo wages on and Middle East conflict(s) continue to escalate, who will be called upon to fight these wars, in a Trump administration? As Minister Louis Farrakhan said to President George W. Bush, “America, you can’t win this with your technology…eventually you will have to send your troops in here…and when you do, they will deal with you.”

Why should we care about Aleppo?

Dr. King said in “Time to Break Silence”: “Perhaps a more tragic recognition of reality took place when it became clear to me that the war was doing far more than devastating the hopes of the poor at home. It was sending their sons and their brothers and their husbands to fight and to die in extraordinarily high proportions relative to the rest of the population. We were taking the black young men who had been crippled by our society and sending them eight thousand miles away to guarantee liberties in Southeast Asia which they had not found in southwest Georgia and East Harlem.”

Will it be your son or daughter that President Donald Trump sends to fight? Rest assured, Ivanka, Don, Jr. and Eric won’t be going. They are busy.

Why should African-Americans care about Aleppo?…Because it matters!