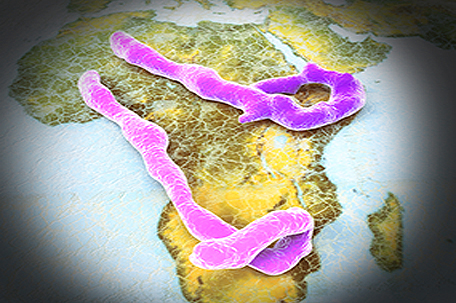 WASHINGTON — An experimental drug saved monkeys from a virus closely related to Ebola even after symptoms began, Texas researchers reported Wednesday. A drug that targets Ebola in the same way is under development, and the study raises questions about how late after infection treatments might work.

The unprecedented Ebola outbreak in West Africa has interest surging in the creation of the first drugs and vaccines for the hemorrhagic fever — but a separate report Wednesday highlights the inadequacy of counting on experimental products in the pipeline.

In the nearly nine months since the outbreak began, up to 30,000 people could have qualified for some sort of infection-blocking drug or vaccine, Oxford University epidemiologist Oliver Brady calculated in the journal Nature. There have been more than 2,000 cases of Ebola, but the higher total reflects people at varying risk of infection — patients’ relatives, health workers, funeral directors and non-medical essential workers in outbreak zones — and comes from a statistical model that Brady created for manufacturers to use as they plan how to increase production of experimental products.

“The demand is likely to be higher than many people realize,” Brady said.

Wednesday’s monkey study involves a strain of Marburg virus that is an even more lethal cousin of Ebola. Although scientists caution that the study is too small to draw firm conclusions, it is one of the few attempts to explore how long after infection a treatment might work for either virus.

Both Marburg and Ebola take time to multiply in the body and most people don’t realize they’re ill and seek treatment until symptoms appear.

Thomas Geisbert of the University of Texas Medical Branch at Galveston infected 21 rhesus monkeys with Marburg virus. Then his team administered the drug to 16 of them at different time points. All of the treated monkeys lived — even the four who weren’t treated until three days later, when their blood showed plenty of virus and symptoms had begun, Geisbert reported in the journal Science Translational Medicine. All of the untreated monkeys died in about a week.

The drug uses bits of genetic material called small interfering RNA to block the virus’ ability to reproduce. Geisbert’s team had published evidence back in 2010 that this same technology engineered to target Ebola protected monkeys up to 48 hours after infection, before symptoms began. Based on that data, Canada-based Tekmira Pharmaceutical Corp. is developing an anti-Ebola drug.

Other experimental approaches have gotten more public attention as the World Health Organization said it was ethical to try unapproved drugs and vaccines during the current Ebola outbreak.

A U.S. government-developed Ebola vaccine to prevent infection is set to start the first human safety studies in a few weeks, said Dr. Anthony Fauci of the National Institutes of Health. If it proves safe, the goal would be to give it to health workers heading into the outbreak zones. The Canadian government has developed a different vaccine candidate, and plans to donate 800 to 1,000 doses to the World Health Organization even as a human safety study is being planned.

As for treatments, one experimental drug — an antibody cocktail named ZMapp — made headlines as doctors tried it in six Ebola patients before the supply ran out.

In a separate small study last year, Canadian researchers showed that the antibody approach also could provide some protection for Ebola-infected monkeys after symptoms began.

Next, Geisbert’s team wants to push the timing even further: “We will look to see how much further out we can delay treatment” for both Ebola and Marburg viruses, he said.