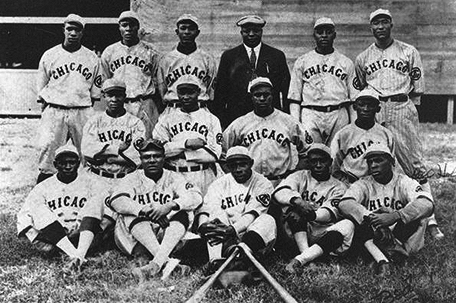 Racial integration often comes with a price. This is particularly true in the world of professional sports. One could ask what if African American athletes never left the old Negro League Baseball. Could they have increased their audience popularity by retaining the best African American ball players and having Black-owned teams who would played against the Major League Baseball rather than losing their best players to that national organization?

This was the many questions explored at the 21st Annual Arturo A. Schomburg Symposium. This year’s theme was, “Sports and Blackness: Inclusion?” It was hosted by Taller Puertorriqueno at its new headquarters at 2600 N. Broad St. in North Philadelphia on Saturday, Feb. 25. More than 200 gathered to hear scholars, authors and sports experts discuss a range of topics centered on African Latinos in sports.

On the first panel on “Sports & Race,” Antonio Sotomayor, a professor, historian and librarian at the University of Illinois in Urbana-Champaign, stressed that originally baseball was designed for the British aristocrats. “There was a racist bias towards people of African descent playing the sport from the beginning,” Sotomayor said. 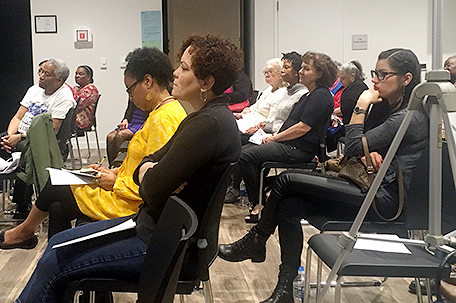 Audience listens to lecture at the Symposium.

One of the 19th century organizations that introduced baseball to those of African descent in both the United States and the Caribbean were religious-based groups. Their motive, however, was not to produce athletes who would compete against the European gentry who dominated the sport, it was religious conversion, he said.

“It was in the 1870s that this group known as the Young Men’s Christian Association, saw that this was an opportunity to convert Latin Americans, who were mainly Catholic, and Blacks from other racially segregated churches to Protestantism,” Sotomayor said. 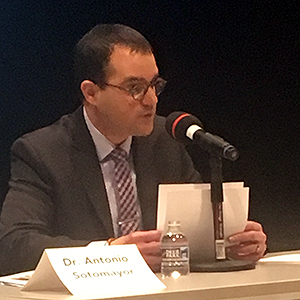 “This is continuing. It was done when they opened YMCA in Black communities and were recruiting young African Americans to baseball. They also used it to convert African Latino boys. That is why you see YMCA and similar sports organizations from religious organizations sponsoring boys in certain neighborhoods,” he said.

By the 20th Century, baseball players of African descent exceled at the sport, according to Rob Ruck, a history professor at the University of Pittsburgh. The Negro League Baseball was drawing diverse crowds. His presentation was entitled, “Raceball: How the Major Leagues Colonized the Black and Latino Game.”

As the White-owned Major League Baseball teams starting seeing competition for baseball enthusiasts in 1947 they allowed Jackie Robinson and then other black players to leave the African American-owned teams to integrate their teams, according to Ruck. 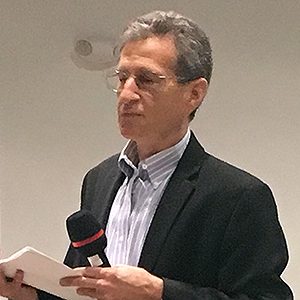 “So the African American and Latino ball players reshaped the game,” Ruck said. “Major League Baseball wanted to maximize their revenues. They told the tales about shameful segregation and redemptive integration. This was painful for the Negro League.”

Ruck then traced the history of the Negro League from its beginnings during the Reconstruction until after World War II. He said that during the Harlem Renaissance it began to draw more attention. After the league dismantled and there was a rise in African Americans on white teams there was still a fear of an African American baseball franchise emerging.

Gradually, the Afrocubanos, followed by the Puerto Ricans, began to be recruited, leading to African Latino baseball stars, like Roberto Clemente. Yet as their presence escalated the current step of reducing the scholarships dollars to return the sport back to being predominantly white, Rucks said.

The other panelists at the conference included Zacha Acosta speaking on “Respect for Diversity,” Naydi Nazario Muniz with the topic “Puerto Rico: Race, Class and Social Change,” and the final forum on “Race & Sports: Experiences.” There was also a lunchtime roundtable for social workers moderated by Elena Marie DiLapi.

The Arturo Schomburg Symposium first began during Black History Month in 1996.  It is named for the Harlem Renaissance bibliophile whose extensive collection of books by and about people of African descent is now the Arthur Schomburg Collection of the New York Public Library Division, the largest compilation of its kind in the world.  Schomburg is a native of Puerto Rico, and was the son of an African Latina midwife and a German merchant.

He received his early education and degrees in Puerto Rico and the Virgin Islands, where he studied Negro Literature.  His avid interest in his African heritage was sparked when a teacher asserted that Black people had no history.  This led Schomburg to his lifelong quest to prove that educator wrong.  Along with John Edward Bruce, Schomburg was co-founder of the Negro Society for Historical Research.

Taller Puertorriqueno or the Puerto Rican Workshop hosted this event in their new facility that opened its doors last December. This year’s symposium was sponsored by the William Penn Foundation, PECO, La Salle University, The City of Philadelphia, Comcast, the Pennsylvania Council on the Arts, and The Philadelphia Foundation.