The African Tribes that inspired the movie “Black Panther” 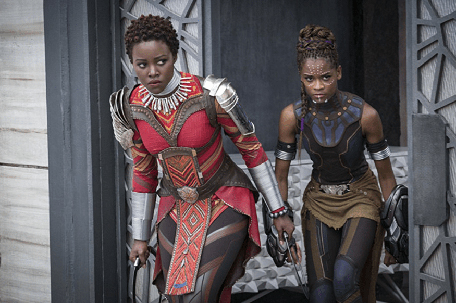 ABOVE PHOTO:  A scene from the Marvel movie, “Black Panther”

I was so excited to see the release of “Black Panther” on February 16th, the best Marvel film to date. Not only are the special effects stunning, its celebration of African culture is what makes this movie in a league of its own.

What sets it apart is the amount of detail put into costumes and hair of the characters. Each set of characters in the movie was inspired by  diverse  African tribes from various parts of the continent.

From the Zulu tribe in South Africa to the Dogon in the Western part of the continent, these culturally inspired styles of dress are unique to each tribe’s culture and history and play a significant part throughout the film. 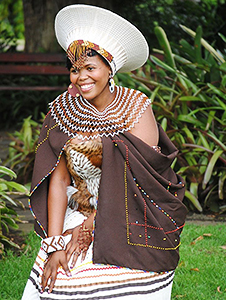 According to “Black Panther’s” costume designer, Ruth Carter, the inspiration for the beautiful displays of traditional African garments came from tribes such as the Zulu, Xhosa (native to South Africa), Turkana, Maasai and Tuareg to name a few.

I’ve featured a few tribes in particular below (Maasai, Zulu, and Himba) so that you can see the similarity in style from the characters in the film to the tribes in which they were inspired by.

The Maasai tribe, an ethnic group native to Kenya and Tanzania were one of the influences for the type of costume worn by the Dora Milaje female warriors, who are protectors of Black Panther and his royal family.

Another inspiration for the Dora Milaje was the Himba tribe women.

Himba men and women adorn themselves with a clay called otjize paste, and a cosmetic mixture of butterfat and red ochre. This mixture is used for their hair and skin, protection from the sun, and mosquitoes, and to cleanse the skin. 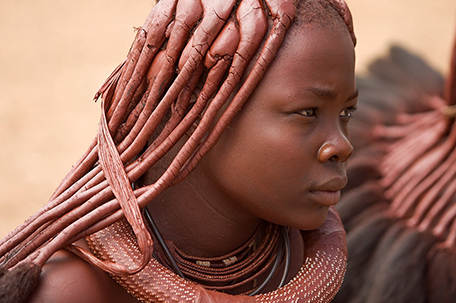 Traditionally worn to affirm their marriage status, Zulu women wore elaborate headdresses like this worn on a Zulu woman. The headdress is made from beadwork and can also include cotton, dried grass and human hair covered in red ochre. 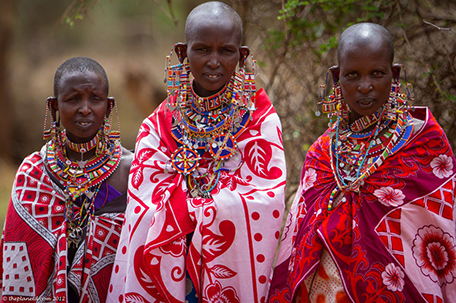 When you see these inspiring tribal cultures portrayed in “Black Panther,” take a moment and research their history, style of clothing and beauty.  I had the privilege a few years ago to visit South Africa (a trip that changed my life) and was astounded and touched by the diversity of cultures found there.

From discussing a mixture of Asian cultures to meeting loving, kind and nurturing Zulu women from the Gauteng district, to befriending colored students from a few universities (a term used from the Apartheid era which they still use today for persons of  mixed-race) it was an awe-inspiring experience. If you get the opportunity after seeing this film, please take a trip to any of the beautiful countries in Africa.