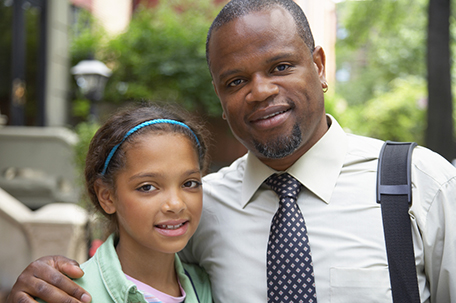 JOHANNESBURG—Across the African continent, discussions about raising children are focused mostly around mothers. Fatherhood is often excluded from the conversation.  But as the continent braces for a sharp increase in birthrates over the next 35 years, attention is shifting to the impact of Africa’s patriarchal culture on families.

Over many centuries the African patriarchal system has allowed men to dominate women. Culture, customs and even laws, have endorsed men as all-powerful. This is even true in South Africa – with the most advanced laws on equality on the continent, but where traditional attitudes persist.

Men like Trevor Davies, Director at the African Fatherhood Initiative, describe this as “toxic masculinity” and want to end it. Davies argues that the assumed male dominance has led fathers to neglect their duty of raising children together with their wives.

Studies indicate that 46 percent of children in South Africa below the age of 12 are growing up without fathers. And Davies said this means they lose 50 percent of the parenting value they should be getting.

With more women working – out of choice or necessity – and taking up more traditional male roles, Davies argues men need to re-examine their part in family relationships.

He said fathers should be more involved, starting from childbirth, in feeding, bathing, changing diapers and being more affectionate. He adds that nurturing does not make a man less masculine, but a better contributor to society.

“Reducing toxic masculinities is good for us all as men, women and children. The type of society that I see us moving to, is one in which men are expected to be well behaved, strong men, who value their families and their communities,” said Davies.

Justin Kwena, 34, is a father of one. He helps his wife Khethele do all the house chores, including cooking. He also spends most of his time with his 4- year- old daughter Tumelo, watching her favorite cartoons and playing with her.

Kwena said he wants to demonstrate to his daughter that creating a home is a shared responsibility. And home should mirror a society where men and women are equal. This, he said, has created a strong bond between him and his daughter.

“If your wife is tired, give her a helping hand. She is your helper; not your slave. Children should know that the father is not someone who just sits on the sofa and watches TV, but he also runs around with them, gives them a bath, plays with them, talks to them, helps them with homework and things like that,” said Kwena.

Thirty-five year old Alert Mazwi is a proud father of three, and jumps on any opportunity to join his children in playing even the most silly games. Like a preacher at the pulpit, Mazwi makes a passionate call to other fathers to be involved in their children’s lives.

Davies thinks if all fathers were to be like Kwena and Mazwi, South Africa could transform into a more equitable society, where respect and care are core values.

“If we start to engage men over the next few years, I think we can see less violence in communities and particularly less violence against women and children. A more generous society is what I am after, but one in which men are still strong, but we use our strength to care for those who are weaker than us and who need our protection,” said Davies.

Davies said every father has a crucial role to play in shaping the lives of his children and emphasizes that this is the most effective way of making toxic masculinity a thing of the past by raising a new generation of naturally strong, loving fathers.