A South Carolina story about hope 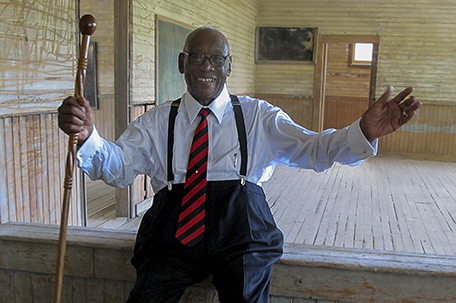 As South Carolina endured terrible flooding and continuous rains, I tried to reach many friends my colleagues and I have made over 15 years, to say how much they mean to us and to offer encouragement.  Among the many men and women we’ve met through our work with the nonprofit Alliance of Ethics & Art, are unsung pioneers interviewed for “The Force of Ethics in Civil Rights” oral history project, and participants in our free educational performance event, “The People of Clarendon County”–A Play by Ossie Davis, & the Answer to Racism!  And as a journalist, my articles about what Eli Siegel, the great American poet and founder of the education Aesthetic Realism, explained is the cause and answer to racism, appeared in South Carolina, including the Community Times, Charleston Chronicle, and Black News. The cause of racism and every injustice is contempt, “the addition to self through the lessening of something else”—and the answer: learning to criticize contempt, including in oneself, and to see the depths of others are as real and alive as our own.

And, I am personally grateful to have learned from Aesthetic Realism, that our hope to like reality–even under terrible or difficult circumstances–and to do all we honestly can to like reality, is our deepest desire and the most sensible way to take care of ourselves.

A poem which I care for is “Somewhere Along the Line,” by Eli Siegel, from his series of “Hope Poems.”  In it, the world as known and unknown, logical and confusing, is given musical form that is graceful and matter-of-fact, true and comforting at once.

Somewhere Along the Line

As we look in any direction,

We don’t know, but there may be some good thing

Somewhere along the line.

And now I’d like to tell you about something truly hopeful–a “good thing”–that happened in South Carolina in recent days.

When I finally reached Bishop Frederick James (now 93) in Columbia, I was relieved to hear that he and his wife are faring well. Then I gingerly asked how his dear, unfinished Rosenwald School building in Prosperity, South Carolina had fared. Before I tell his answer, I’ll give some history.

This school was one of over 5,000 built in the South in the 1920s-30s to provide quality education to black children which the racist Jim Crow laws deprived them of. These schools were the vision of Jewish businessman Julius Rosenwald (1862-1932), encouraged by educator and former slave Booker T. Washington. They were built to improve the lives of black Americans, and would educate hundreds of thousands of children.

Frederick James attended the Prosperity Rosenwald school from 1st to 10th grade (1927-37). His treasured education led to a life as a distinguished theologian and advocate for education, human and civil rights for people of all faiths and ethnicities–in the US and beyond. He marched with the Rev. Dr. Martin Luther King, opposed the racist apartheid system in South Africa–and attended the inauguration of Nelson Mandela as that country’s first black president.

For 30 years he has dedicated himself to restoring and preserving the dilapidated building–originally one of the most beautiful of Rosenwald schools–so it may be a center of education, culture, and economic uplift for the entire community in the 21st century.

The Alliance was proud to partner with the Bishop in his effort to raise funds, by applying for a grant in his behalf, which would enable us to come to South Carolina and produce our Clarendon County/Answer to Racism event as a fundraiser for the school. The Puffin Foundation answered the call and sent a $1,000 grant for this purpose. And while other grant-seeking efforts at the time didn’t pan out, Bishop James used the Puffin funds to further restore the building’s many large windows.

Hope was “Somewhere along the line”

When I asked how his dear Rosenwald school had fared with the flood and rains, he said that because it was on high ground, it was not flooded. And he added, “I’d like to thank you for your role in helping to preserve those windows; it also led to helping our school building to withstand these great rains. I will be forever appreciative of that.”

And he continued, “That Puffin Foundation grant triggered other people to have faith enough to give large gifts–there is encouragement in numbers. I can’t talk enough about your role in this.”

Bishop James said further: “I’d like to say what’s in my heart. What this nation needs is more caring across ethnic lines. I think our nation and the world needs what Eli Siegel, the great founder of Aesthetic Realism, the philosophy of life in America and the world, teaches. It’s certainly in harmony with the great religious scriptures and the heart of all faiths across this globe.”

We are proud to be a means of preserving history, some of which might never have become known, and of encouraging people everywhere to study Aesthetic Realism’s scientific, kind, and urgent explanation of the cause and answer to racism. To learn more: www.Allianceofethicsandart.org