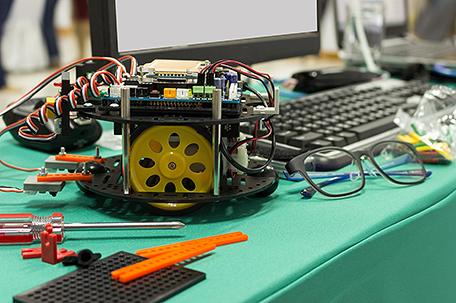 WASHINGTON — Police have received reports that two of the Burundi teenagers gone missing after an international robotics competition have been seen crossing the border into Canada.

The whereabouts of their fellow team members remains unknown and the search for all the teens remains ongoing, but Metropolitan Police spokeswoman Aquita Brown stressed that police have no indication of foul play in their disappearance.

Police tweeted missing person fliers Wednesday asking for help finding the teens, who had last been seen at the FIRST Global Challenge around the time of Tuesday’s final matches. The missing team members include two 17-year-old girls and four males ranging in age from 16 to 18.

The competition, designed to encourage youths to pursue careers in math and science, attracted teams of teenagers from more than 150 nations.

A squad of girls from Afghanistan drew the most attention after they were twice rejected for U.S. visas and President Donald Trump intervened.

Competition organizers learned Tuesday night that the team’s mentor couldn’t find the six students who participated in the competition and organization President FIRST Global President Joe Sestak made the initial call to the police, according to a FIRST Global Challenge statement.

“Security of the students is of paramount importance to FIRST Global,” organizers said, noting that they ensure students get to their dormitories after the competition by providing safe transportation to students staying at Trinity Washington University. The students “are always to be under close supervision of their adult mentor and are advised not to leave the premises unaccompanied by the mentor.”

The competition’s webpage about Team Burundi shows the six team members posing with a flag and says team members were selected from schools in Bujumbura, the capital city. The team’s slogan in Kirundi is “Ugushaka Nugushobora,” which translates roughly to “where there is a will, there is a way.”

Police tweeted images of the teens Wednesday, saying they are looking for 17-year-old girls, Audrey Mwamikazi and Nice Munezero; Richard Irakoze and Aristide Irambona, both 18; Kevin Sabumukiza, 17; and Don Ingabire, 16.

There was no indication Thursday that the teens intend to overstay their visas or apply for political asylum in the U.S., but if they do, the process could take years, according to Hassan Ahmad, an immigration lawyer in northern Virginia not involved in the situation.

If they make an application, he said, Immigration and Customs Enforcement could seek to detain the teens pending removal proceedings. The teens would be eligible to seek bond and stay in the country while they await their hearing. It can take people two years or more to have their formal interview to determine whether they are eligible for asylum. If the application is ultimately denied, the teens could still challenge deportation in immigration court.

Burundi, an East African nation of about 10 million people who speak the local Kirundi language and French, has faced sporadic violence in recent years. President Pierre Nkurunziza is traveling outside the country for the first time since a failed coup attempt in 2015, officials announced Thursday.

Nkurunziza is visiting neighboring Tanzania, home to tens of thousands of Burundian refugees who have fled deadly political violence. Hundreds of people have been killed, according to the United Nations, and rights groups accuse Burundi’s security forces of abuses including killings and disappearances. Burundi’s government often dismisses the allegations, saying they are based on false information supplied by the regime’s opponents.