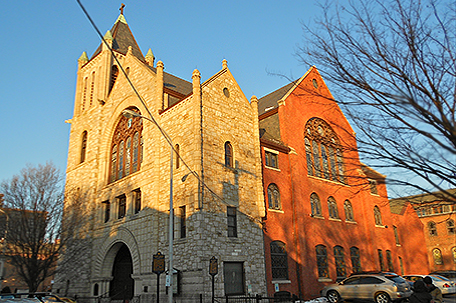 ABOVE PHOTO:  Founded by the Reverend Richard Allen in 1787, Mother Bethel A.M.E. Church is the mother church of the nation’s first black denomination. The current church building was constructed in 1889 and stands on the oldest parcel of land continuously owned by African-Americans.  (Photo by R. Kennedy for Visit Philadelphia)

The African American Episcopal (AME) Church celebrates its 200th anniversary, and the core festivities will take place in Philadelphia, the city where the church was founded. Bicentennial events include a major gospel concert, a social justice forum, a tribute to Sarah Allen, the church’s founding mother and an ecumenical worship service. In July, congregants head to Philadelphia for the AME’s general conference — complete with an unveiling of the Bishop Richard Allen Memorial Courtyard and a new mural dedication.