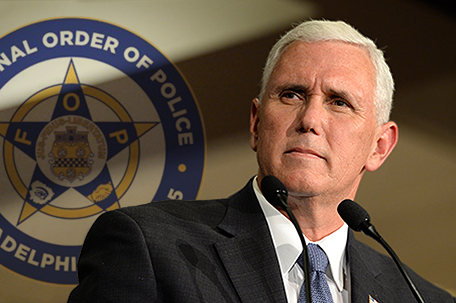 According to an announcement from his office, Pence will join a roundtable discussion highlighting how a private school has worked to safely resume classes. Thales Academy allowed 300 students to return to campus on July 20.

The move comes as President Donald Trump and U.S. Education Secretary Betsy Devos have threatened to withhold federal funding from K-12 schools that don’t allow all of their students to return to physical classrooms.

Democratic North Carolina Gov. Roy Cooper announced earlier this month that public schools may offer a mix of both online and in-person instruction, though districts can choose to offer fully remote learning.

“We don’t respond to those kind of threats,” Cooper said in a July 14 news conference of the Trump administration’s consideration of withholding federal funds.

After his visit to Thales Academy, Pence will remain in the Raleigh area to tour NCBiotech, which is conducting Phase 3 clinical trails for a coronavirus vaccine. Pence’s appearance will come two days after Trump visited Morrisville to tout the country’s progress in developing a COVID-19 vaccine under his Operation Warp Speed initiative.

The vice president’s office said on Tuesday that Pence will “discuss President Trump’s goal of making a coronavirus vaccine available to the American people as soon and as safely as possible.”