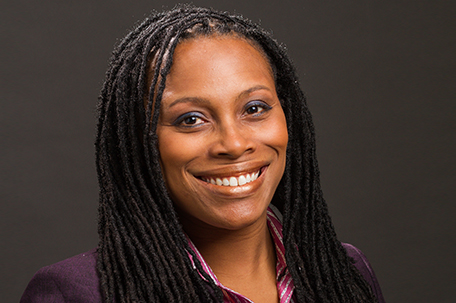 BOSTON  — As he begins his transition to the presidency, Joe Biden is pivoting from a bitter campaign battle to another, more pressing fight: reining in the pandemic that has hit the world’s most powerful nation harder than any other.

On Monday, Biden announced the members of his coronavirus task force that will develop a blueprint for fighting the pandemic. It includes doctors and scientists who have served in previous administrations, many of them experts in public health, vaccines and infectious diseases.

Notable among the members is Rick Bright, a vaccine expert and former head of the Biomedical Advanced Research and Development Authority. He had filed a whistleblower complaint alleging he was reassigned to a lesser job because he resisted political pressure to allow widespread use of hydroxychloroquine, a malaria drug pushed by President Donald Trump as a COVID-19 treatment.

Public health officials warn that the nation is entering the worst stretch yet for COVID-19 as winter sets in and the holiday season approaches, increasing the risk of rapid transmission as Americans travel, shop and celebrate with loved ones.

“The next two months are going to be rough, difficult ones,” said Dr. Albert Ko, an infectious disease specialist and department chairman at the Yale School of Public Health. “We could see another 100,000 deaths by January.”

The U.S. is now averaging more than 100,000 new coronavirus infections a day, frequently breaking records for daily cases. Hospitals in several states are running out of space and staff, and the death toll is soaring. So far, the U.S. has recorded more than 9.8 million infections and more than 237,000 deaths from COVID-19.

“Dealing with the coronavirus pandemic is one of the most important battles our administration will face, and I will be informed by science and by experts,” Biden said in a statement Monday.

He pledged during the campaign to make testing free and widely available; to hire thousands of health workers to help implement contact-tracing programs; and to instruct the Centers for Disease Control and Prevention to provide clear, expert-informed guidelines, among other proposals.

As the Democratic nominee, Biden made Trump’s mishandling of the pandemic a central focus of his campaign. But much of what Biden has proposed will take congressional action, and he’s certain to face challenges in a closely divided House and Senate.

“I’m not running on the false promises of being able to end this pandemic by flipping a switch. But I do promise this: We will start on day one doing the right things,” he said during a campaign event last month.

Dr. Phillip Coule, chief medical officer at Augusta University Medical Center in Georgia, said he hopes the nation can get past the political divisions that have complicated the response to the virus now that the election is over.

“Now that we are post-election, let’s just handle this based on the science and not the politics of this disease and the pandemic,” he said. New York Gov. Andrew Cuomo, a Democrat, said he believes even the most ardent COVID-19 deniers will strike a more conciliatory tone as Trump’s election defeat sinks in. “I think the political pressure of denying COVID is gone,” he said Sunday on ABC’s “This Week.” “I think you’ll see scientists speak with an unmuzzled voice now. And I think the numbers are going to go up, and Americans are going to get how serious this is.”